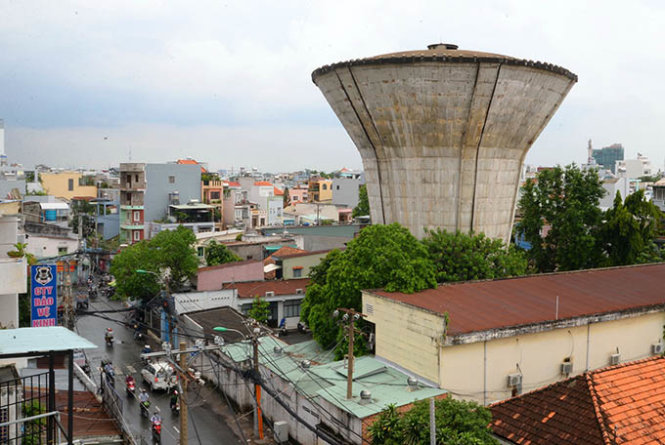 A water supplying firm confirmed on Saturday that it will knock down some old water towers in Ho Chi Minh City to spare people from possible accidents caused by the dangerous structures.

Saigon Water Corporation (Sawaco) is devising plans to remove seven out of eight mushroom-shaped water reservoirs in the southern metropolis which have been marooned for over 40 years now, according to company leaders.

Such attempts are made to prevent imminent dangers posed by the reservoirs to the locales, they underlined.

In 2009 Sawaco dispatched units to study these concrete works, with the final conclusion suggesting that all such reservoirs appear to be in bad condition, and thus might threat city’s dwellers with hidden perils.

The water towers have since been abandoned as they do not meet sufficient standard in structure, elaborated the firm.

After the removal, the areas will be converted into underground water reservoirs for supplying water with safety, extinguishing fire, and chloride filling stations to enhance water sources’ quality, according to Sawaco.

The reservoir near Ho Con Rua (Turtle Lake) in District 1 is the only one eligible to be undestroyed.