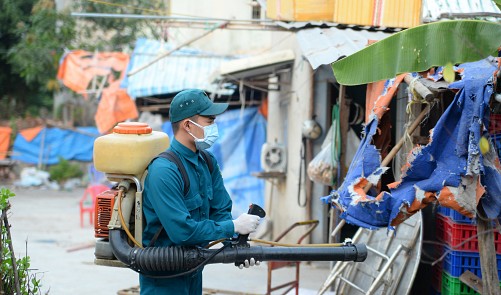 An Australian tourist has been diagnosed with Zika after visiting Vietnam, a WHO agency confirmed on Wednesday.

The foreigner has suffered from typhus and a fever since March 8 after returning to Australia two days earlier.

The clinical symptoms suffered by the victim are similar to those of Zika, a virus quickly becoming epidemic in Brazil.

The patient has been diagnosed with Zika, the International Health Regulations, an international legal instrument under the World Health Organization, said on Wednesday.

Tran Dac Phu, director of the Department of Preventive Medicine under the Vietnamese Ministry of Health, said that the patient traveled to Ho Chi Minh City, Lam Dong Province in Central Highlands region, and the two south-central provinces of Khanh Hoa and Binh Thuan.

The visitor arrived in Vietnam on February 26 and left the country on March 6.

The department and the Khanh Hoa administration enacted measures to prevent the outbreak of the disease yesterday.

Nguyen Thanh Long, deputy director of the preventive medicine department, said that the organization will also have a meeting with the Binh Thuan administration about the issue on Thursday.

Zika is a disease caused by the Zika virus and is spread primarily through bites from infected Acedes mosquitoes. Common symptoms include fever, rash, joint pain, and conjunctivitis (red eyes), according to the U.S. Centers for Disease Control and Prevention.

The virus is now infamous for the large numbers of babies born with brain damage in Brazil and the increase in Guillan-Barré syndrome, a nerve disorder, experts at the World Health Organization said, adding that urgent action is needed to deal with the growing crisis.