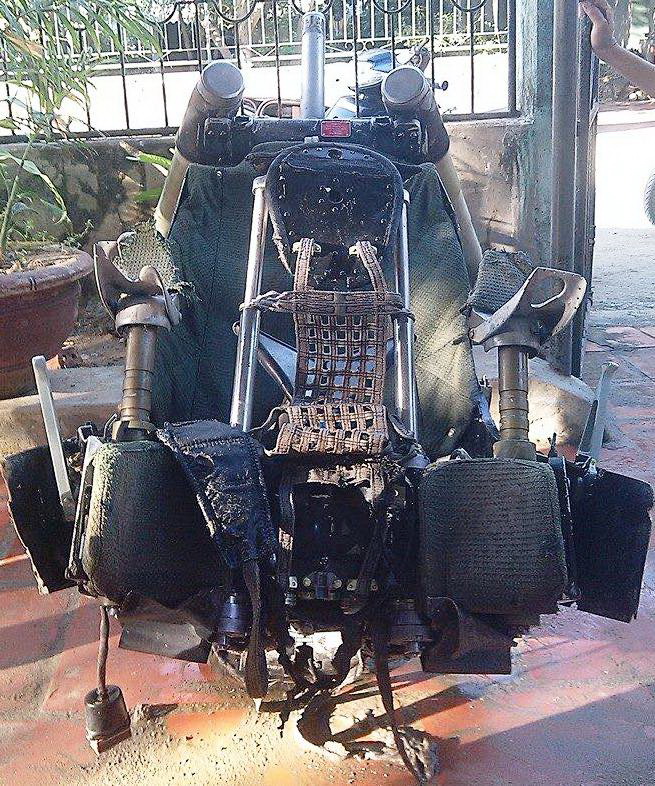 Fishermen in the north-central Vietnamese province of Thanh Hoa have discovered a chair belonging to the fighter jet that crashed into the ocean during an exercise earlier this month.

A pilot chair confirmed to be part of the Russian-made Su-30MK2 aircraft of the Vietnam People’s Air Force was salvaged on Saturday evening, Nguyen Tien Dung, chairman of the People’s Committee in Tinh Gia District, Thanh Hoa Province, confirmed on Sunday afternoon.

The device was spotted by fishermen when they were fishing in an area about 10 nautical miles away from Me Islet off Thanh Hoa, Dung added.

The chair was transferred to local authorities for examination, who initially assessed it as belonging to the crashed fighter jet.

Meanwhile, according to a source of Tuoi Tre (Youth) newspaper, officials from the air force have been able to confirm the information based on the serial number of the chair.

The Russian-made Su-30MK2 was flown by Senior Lieutenant Colonel Tran Quang Khai and Major Nguyen Huu Cuong during a training session above the sea area off the north-central province of Nghe An on June 14 before the crash.

The two pilots managed to eject from the plane with Cuong found by local fishermen and brought to safety a day later.

Nine people aboard a Vietnamese coast guard plane, CASA-212, were confirmed dead after their aircraft also crashed while looking for Khai and the remains of the fighter jet.

Multiple debris pieces of the plane have been found by search teams.