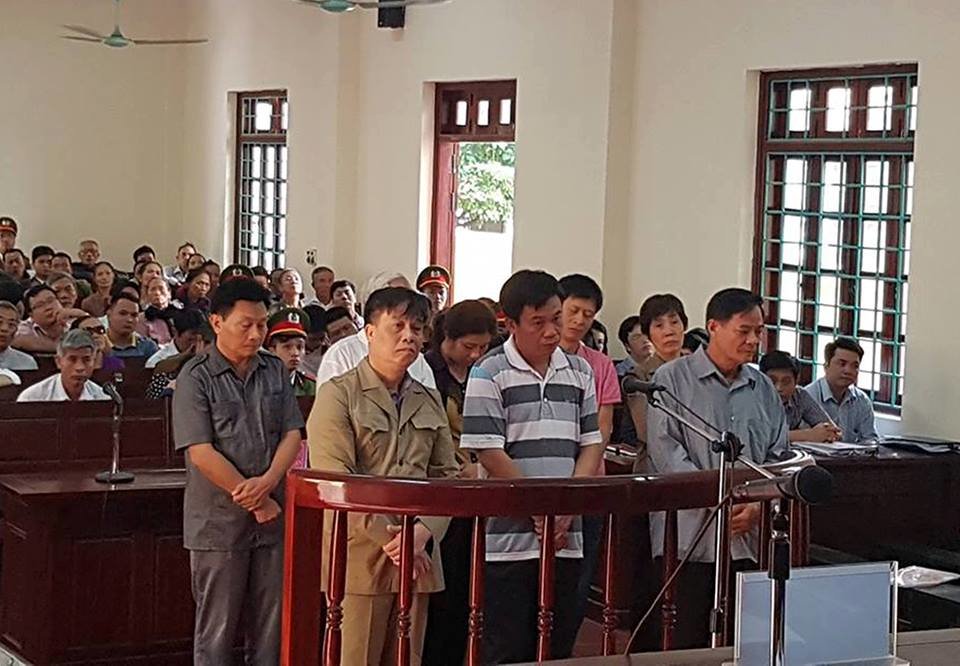 Seven former officials, including Party chiefs, in a northern Vietnamese city have been sentenced to up to over five years in prison for violations during their office terms.

Following a 14-day trial, the ex-officials of Vinh Yen City, the capital of Vinh Phuc Province, were subsequently convicted of abusing their positions and powers while in office, according to a decision by the provincial People’s Court on Wednesday.

The two main defendants were Lai Huu Lan, 67, and Nguyen Ngoc Quyen, 58, who were both former secretary of the Party Committee and chairman of the People’s Committee in Vinh Yen, along with five other accomplices who were previously high-ranking officials in the municipal administration.

According to the indictment, Duong Dinh Tam and Nguyen Anh Quan, both from Hanoi, asked Lan to grant him a 25-hectare piece of land in Dong Tam Ward, Vinh Yen, for the construction of a farm in 2006.

The former leader agreed and colluded with the other offenders to find a way to legalize the transaction of the land plot, claiming that the construction was a project implemented by the local People’s Committee.

As a result, 25 hectares of land of local residents was grabbed for the execution of the project.

The jury stated that such actions had cost the state tens of billions of dong, affecting the reputation of state agencies.

Well aware of their wrongdoings, the defendants, who were holding high positions in the province, still chose to commit them, the jury continued, adding that a stern punishment had to be imposed accordingly.

Tam was condemned to three years in prison.

Lan and Quyen were each required to pay over VND1.1 billion ($48,426) for the affected households.

The jury also considered Quan the mastermind of the violations, who is now being wanted by the provincial Department of Police.

Located 55 kilometers west of Hanoi, Vinh Yen covers an area of over 50 square kilometers with a population of about 160,800, according to statistics released in 2015.

The city is considered a vital area and transport hub of the key economic region in northern Vietnam.