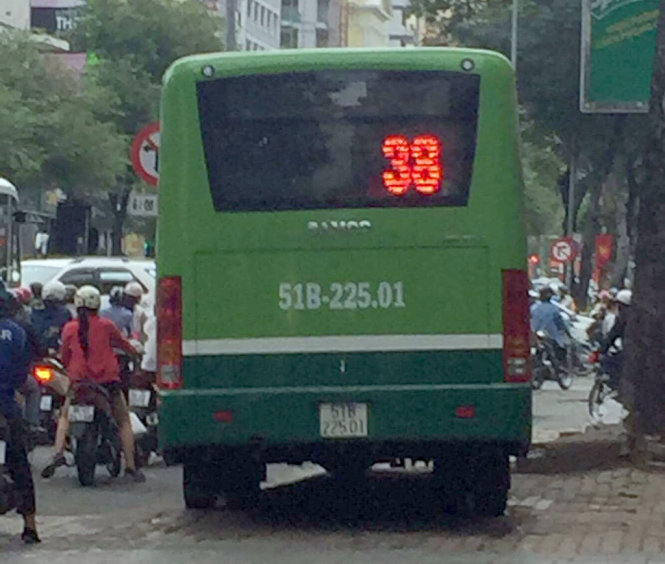 The driver of a bus that was filmed driving on the sidewalk of a street in Ho Chi Minh City has been identified and suspended from job, the municipal bus operator said Saturday.

Nguyen Van Quan, an employee of the SATRANCO bus company, was identified as the driver in the video that went viral on the Internet on Friday, Tran Chi Trung, director of the Ho Chi Minh City Public Passenger Transport Management and Operation Center, confirmed.

Quan was suspended from job right in the afternoon the same day for violating traffic law and posing danger to passersby.

The bus operation center is working with the traffic police unit in Ben Thanh Ward, District 1 to decide the civil fine for Quan.

According to the25-second footage, Quan drove his No. 38 bus to mount the pavement of Nguyen Thi Minh Khai Street in District 1 in an apparent bid to avoid heavy traffic.

The reckless act of the driver has sparked outrage and concerns over the danger to pedestrians, especially during the rush hours.