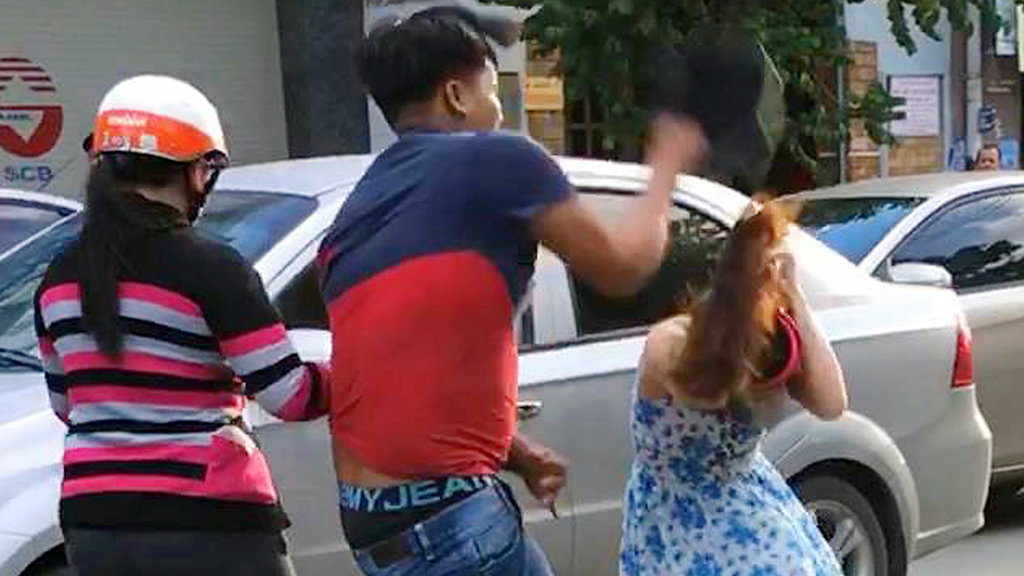 Police are looking for a man who cracked a car windshield and attacked a female passenger with a helmet for unknown reasons in southern Vietnam.

The male attacker had already fled the scene when officers arrived and is still being hunted by local police.

In the 46-second clip, a motorbike can be seen parked in front of a car with a broken windshield, as a man repeatedly charges at a young woman and hits her on the head with a helmet in his hand.

Another woman, allegedly an acquaintance of the man, can be seen trying to calm him down.

According to an eyewitness, the male attacker stomped on the car’s windshield, causing a large crack, and loudly demanded that its middle-aged driver step out of the car.

A young female passenger then got out of the car to talk, only to be hit by the man, according to the witness.

The driver and passenger reported the assault to the police after the incident.

According to the driver’s statement, the attacker blocked the car with his motorbike before stomping on the car’s windshield for unknown reasons.

He neither knew the man nor recalled having been involved in any collision with his motorbike prior to the assault.

The male attacker then left on his motorbike once officers arrived at the scene.

Footage of an assault in Bien Hoa City, Dong Nai Province on June 25, 2017