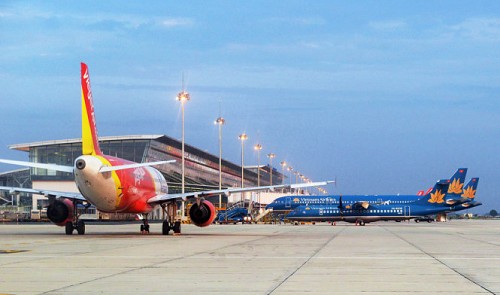 A Vietnamese male passenger has received a 12-month flight ban for throwing a cardboard box from his hand luggage in the face of a check-in attendant at Noi Bai International Airport in Hanoi.

The ban for Ngo Anh Son, 29, will be effective from July 10 to July 9, 2018, followed by a six-month probation period ending January 1, 2019, the Civil Aviation Authority of Vietnam said on Friday.

On April 25, while checking in for flight VJ421 from Hanoi to the Central Highlands province of Pleiku, Son, hailing from the northern province of Dien Bien, argued with a check-in attendant and eventually threw a carton box in his face.

All the domestic and international carriers with operations in Vietnam have been notified of Son’s no-fly ban.

Law enforcement agencies and customs officers across the country have also been briefed of the ban and tasked with preventing him from boarding by any chance.

Earlier in May, a 44-year-old woman named Tran Thi T. also received a one-year flight ban for yelling at flight attendants and verbally attacking a passenger while boarding a Vietjet flight from Ho Chi Minh City to Hanoi.

In October last year, two male passengers named Tran Duong Tung, 33, and Dao Vinh Thuan, 38, were also slapped with a 12- and 6-month ban, respectively for beating up a female employee also at the Noi Bai airport.