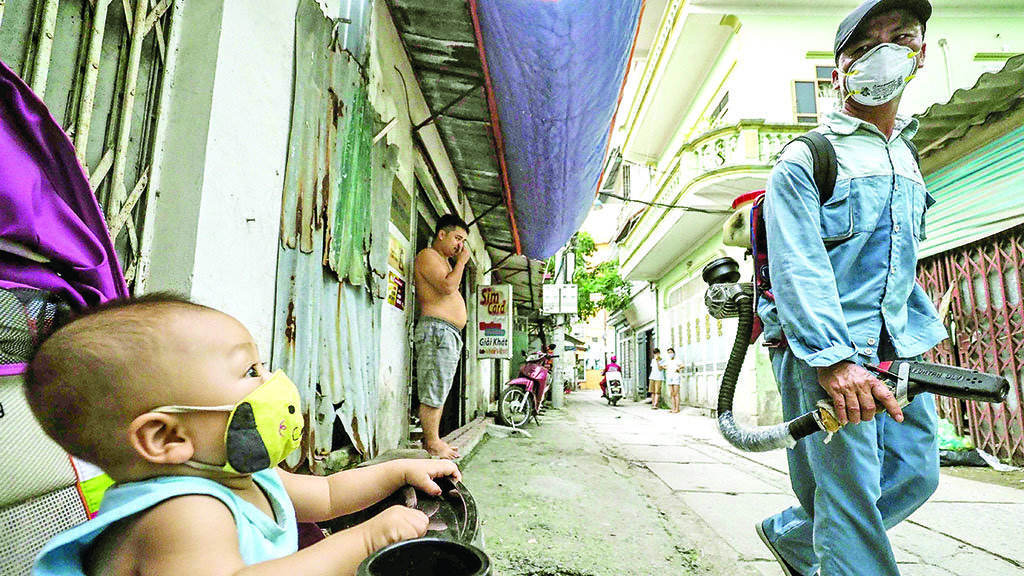 Hanoi and Ho Chi Minh City are in a battle against a dengue fever epidemic that has already affected tens of thousands of people across the country.

Despite a large number of patients, experts have warned that the mosquito-borne disease has yet toenter its peak season.

Over 5,000 cases have been recorded in Hanoi, two of which have been fatal.

Several districts in the capital have seen a ten-fold increase of patients compared to the same period of last year.

According to Nguyen Van Kinh, director of the Hanoi-based National Hospital of Tropical Diseases, over 250 people are admitted to the infirmary for dengue fever on a daily basis.

“We have added 1,000 beds and 280 doctors and nurses to provide treatment for patients suffering the disease,” Kinh said.

The Hanoi Center for Preventive Medicine under the municipal Department of Health has sent employees to spray mosquito repellent at locations at high risk.

In Ho Chi Minh City, major clinics including Children’s Hospitals 1 and 2, and the Hospital for Tropical Diseases are close to being overloaded by the large number of patients from the metropolis as well as other southern provinces.

About 11,195 cases have been recorded in the southern hub as of July 29, up by 24 percent, the municipal Department of Health reported, adding that four people have been killed by the disease this year.

Families have taken all types of measures to prevent mosquitoes from reproducing as a way of protecting themselves against the illness.