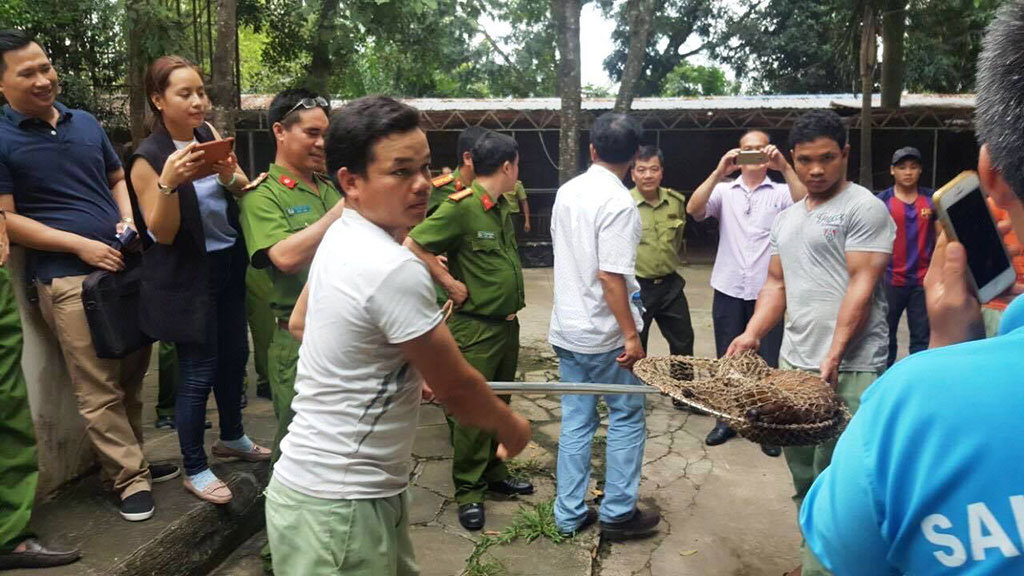 Environmental police are investigating the origin of two rare leopards and an Asian golden cat that were raised without permits or documents stating their origin at a water park in Ho Chi Minh City.

Local residents originally notified authorities that three wild animals were being raised at the venue.

Environmental police officers under the Ministry of Public Security, along with competentagencies, met with managers of the Cu Chi Water Park on Wednesday to investigate the incident.

During the meeting, the water park’s managers claimed that the rare animals had been brought to the facility by two unidentified men on a motorbike.

The two men are still unidentified and the park's managers claim not to remember the exact vehicle license plate number.

The pair gave the cats to the park without asking for money or anything else in return.

Initial examinations preformed by the Ho Chi Minh City-based Institute of Tropical Biology showed that the animals included two leopards (Panthera pardus) and an Asian golden cat (Catopuma temminckii), all of which are listed as rare species and in need of protection.

The case has been transferred to the police department in Cu Chi District for further investigation.