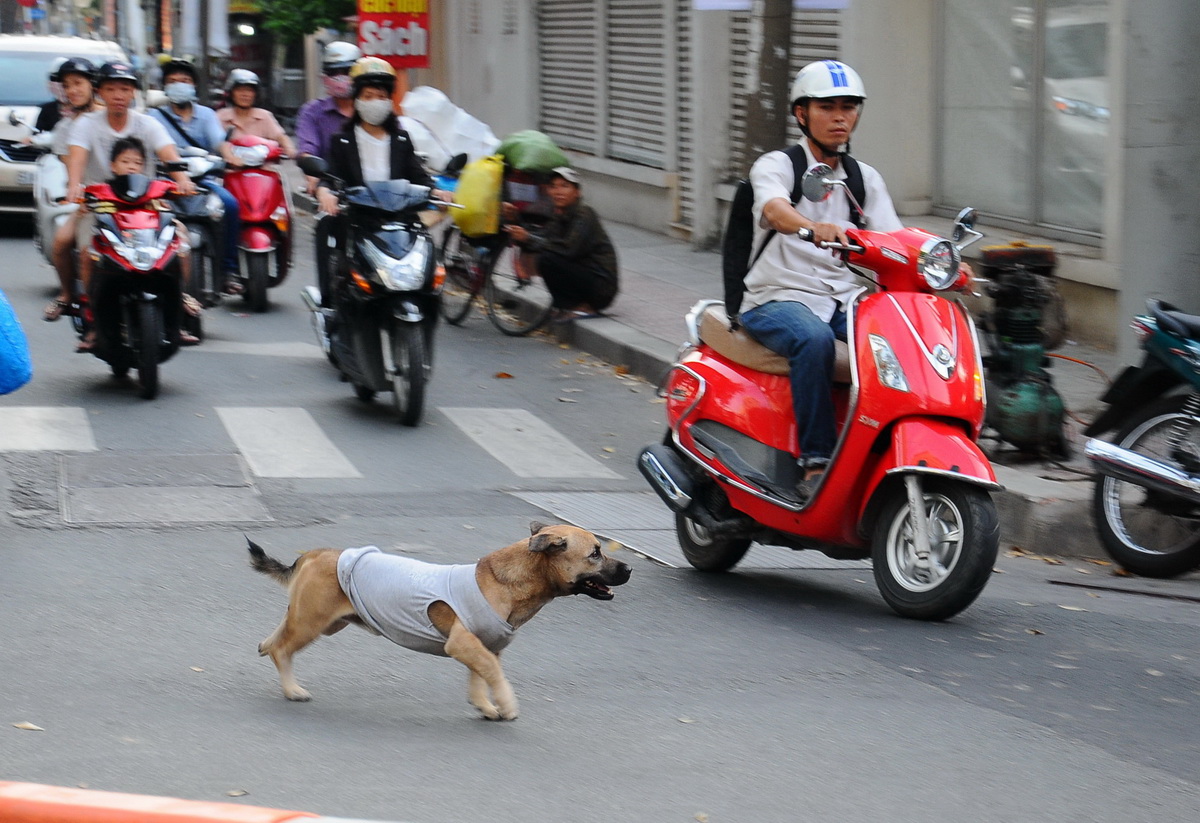 Authorities in Ho Chi Minh City are making sure dog owners pay extra attention to their pets or risk impoundment and euthanasia of the animals, according to an update to the city’s veterinary regulations.

Dogs that wander off their owner’s property will be collected by local authorities and impounded at 252 Ly Chinh Thang Street in District 3, according to Pham Minh Tri, head of the Animal Health and Quarantine Office under the municipal Veterinary Department.

Stray dogs will be housed at the facility for a maximum of 72 hours, after which they would be killed by injection and incinerated at the Dong Thanh landfill in Hoc Mon District.

Owners must go to the facility and pay a fine in order to retrieve their animals.

According to Khuong Tran Phuc Nguyen, chief inspector of the city’s veterinary department, detaining stray dogs has been a department policy since 1975.

Patrolling for stray dogs is performed by officers from the veterinary department accompanied by local police officers in order to prevent obstruction by local residents, said Tri.

These officers can be identified by uniforms carrying the logo of the animal quarantine office.  They also carry specialized tools and travel on a truck with a blue license plate, he continued.

Recent statistics show that 70 percent of arrested dogs are reclaimed by their owners.

The facility on Ly Chinh Thang Street is currently holding two lost dogs that were impounded on Wednesday.