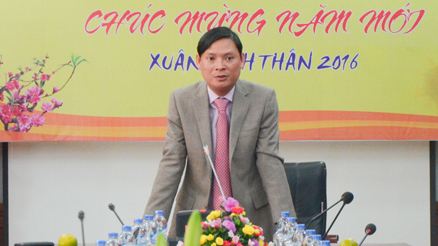 The investigation police agency under the Ministry of Public Security on Friday initiated legal proceedings, without an arrest warrant, against PVC general manager Nguyen Anh Minh on charges of “embezzlement assets,” according to a source close to Tuoi Tre (Youth) newspaper.

Minh has had his workplace searched and is banned from leaving his place of residence during the investigation.

Also on Friday, police also arrested and detained Bui Manh Hien, chief of the secretariat of PVC, and Nguyen Duc Hung, a former head of the finance-accounting department of a management board of a PVC-run project, on the same charges of “embezzlement assets.”

The latest police actions sent the number of individuals charged in the case of “intentional breach of state rules for economic management causing serious consequences” at PVC and its subsidiaries to 15. The economic mismanagement at PVC resulted in losses of around VND3.3 trillion (US$145.37 million).

The case involves other ex-oil executives including Vu Duc Thuan and Trinh Xuan Thanh, who fled the country in September 2016 but eventually returned and turned himself in to police in August.

On Wednesday, Le Dinh Mau, chief accountant of PetroVietnam, was also arrested on charges of on charges of "intentionally violating state regulations on economic management with severe consequences" for his role in the case.

Friday’s legal proceedings were launched hot on the heels after a court in Hanoi sentenced Nguyen Xuan Son, a former PetroVietnam chairman, to death for embezzlement, abuse of power and economic mismanagement.

Son received the death penalty for his mismanagement when working as general director of Ocean Bank.

Son’s co-accused in the Ocean Bank case, which involves 51 bankers and businessmen, got life at Friday’s trial, which also announced other sentences ranging from 22 years in prison to 18-month suspended sentences and re-education outside of prison.