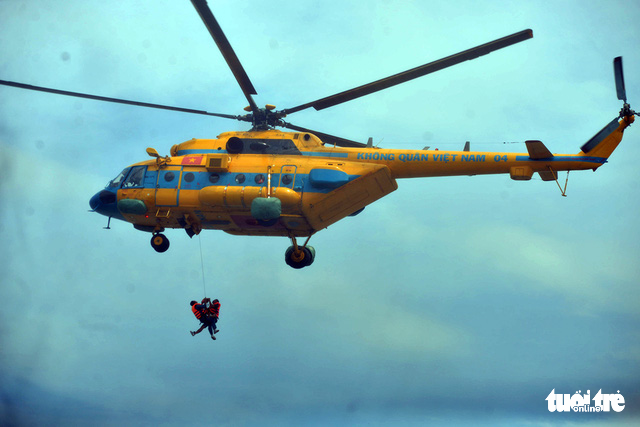 A disaster drill for a hypothetical storm was conducted on Friday in Ho Chi Minh City’s coastal district of Can Gio.

The drill, organized by Ho Chi Minh City’s administration in cooperation with the Ministry of Defense and 7th Military Region, sought to train local servicemen and rescue workers in responding to natural disasters.

Nearly 600 vehicles, including helicopters, were mobilized to take part in the disaster drill off the coast of Can Gio District.

Ho Chi Minh City is a city with few natural disasters, though in recent years there have been increasing incidents of landslides and flooding during rainy seasons.

Experts have warned that a number of storms up to category 13 could hit the southern hub later this year due to the effects of climate change.

Rising sea levels and high tides could lead to inundations of 4.4-4.7 meters in parts of the city.

Post-disaster reconstruction efforts were also included in the drill program.

The units were expected to hold another disaster drill for a hypothetical chemical leakage in District 2 today, October 21.