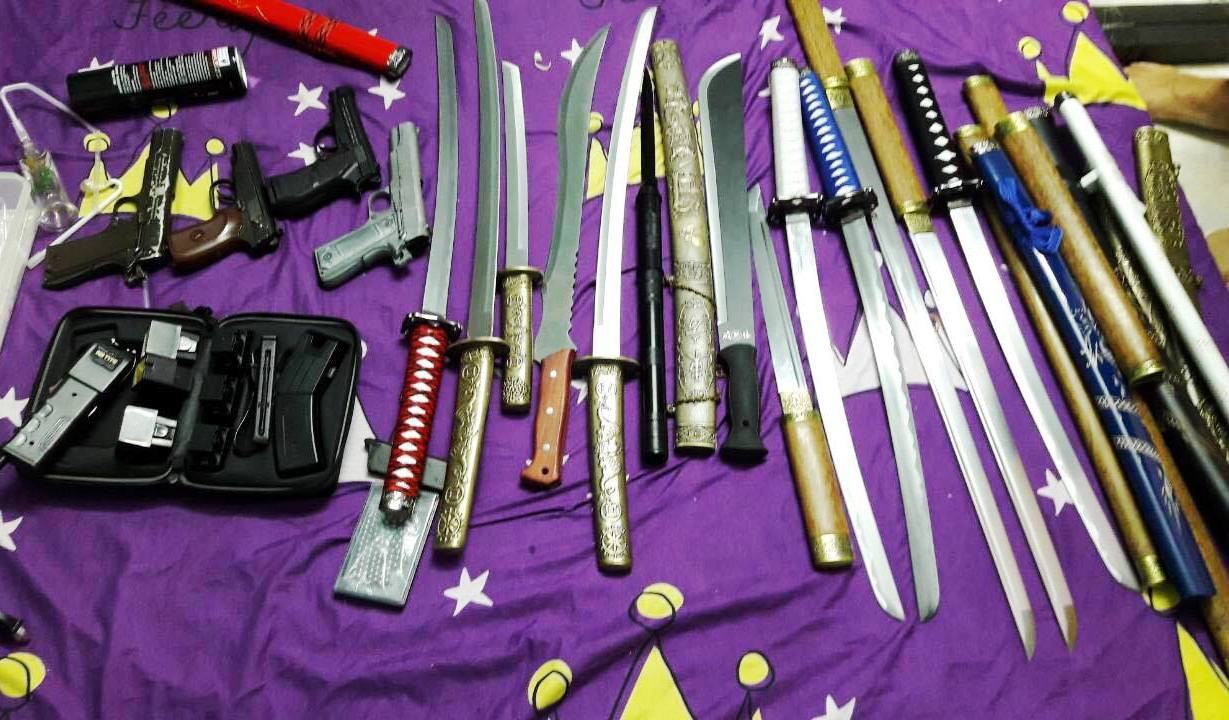 Ho Chi Minh City have broken up an enormous crime ring that produced and sold illegal hardware in large quantities and arrested nine including the kingpin, its criminal division said on Monday.

The ringleader, 32-year-old Nguyen Hong Phuc, was apprehended in October by plain-clothes officers while leaving his wife’s house in Vinh Long Province, located in southern Vietnam.

Eight other members aged 16 to 40 were also taken in during police raids on the ring’s facilities following Phuc’s arrest.

According to police officers, Phuc was identified as the mastermind behind the extensive crime ring, responsible for directing a sophisticated network of arms manufacturing and trafficking activities that spanned multiple cities and provinces in the southern region.

Phuc was constantly on the move in a discrete manner, making it challenging for investigators to pinpoint his exact location.

The man was reportedly armed with hand grenades and firearms at all times to deter police.

“Phuc once said he would blow himself up and die together [with those who attempt to arrest him],” a police officer said. “Therefore, we had to be extremely cautious not to cause civilian deaths.”

On October 12, Phuc boarded a passenger bus from his wife’s residence in Vinh Long, unaware that some of the fellow passengers were undercover police.

The officers swiftly put Phuc under control after the bus started moving, leaving the man no time to reach his weapons, which included an M67 hand grenade, a Z-5P semi-auto pistol, three revolvers, one sports rifle, one silencer and 70 bullets.

A raid on Phuc’s facilities in southern Binh Phuoc Province found hundreds of finished weapons and gun-making materials such as gunpowder, detonators, magazines, and bullets.

According to the man’s testimony, the weapons would be distributed to their many smaller ‘branches’ before being sold to customers across Ho Chi Minh City, Binh Duong, Ben Tre, Tien Giang, Gia Lai, Dong Thap and Vinh Long.

The ring also provided ‘debt collection’ service and signed contracts to carry out assaults with customers who were willing to pay.