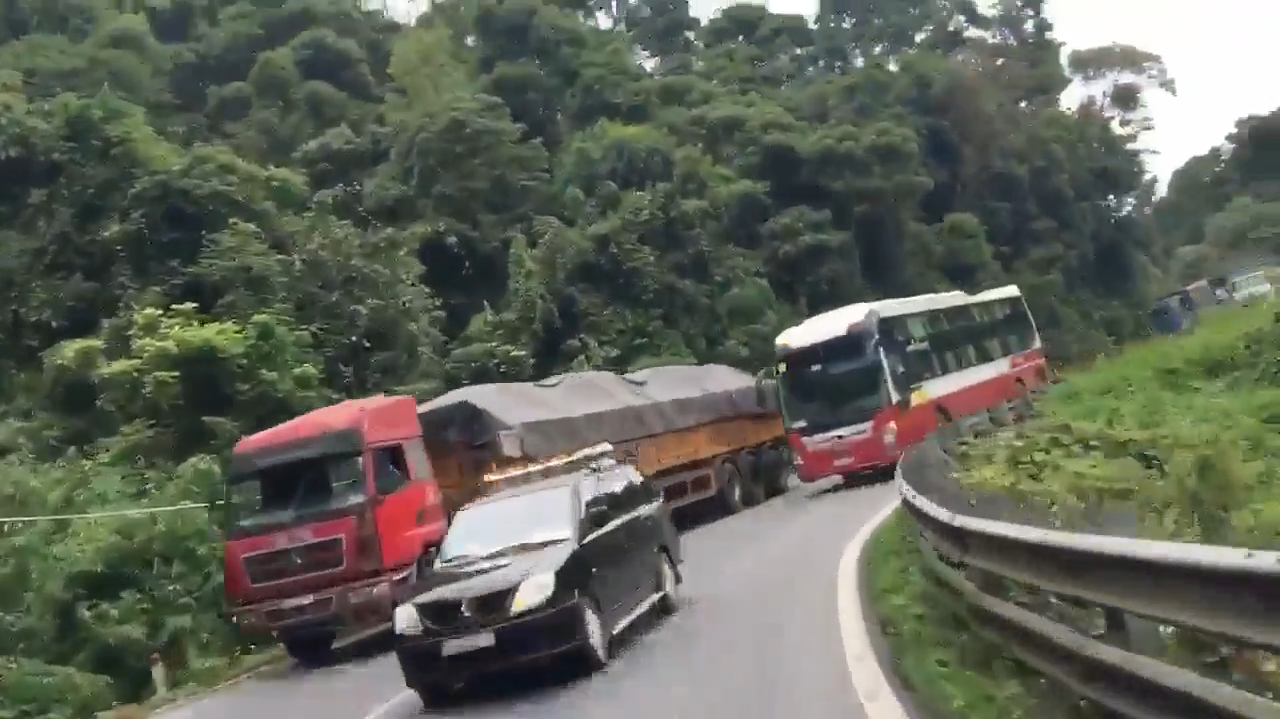 Police in Vietnam are moving forward with fining the driver of a sleeper bus that was filmed illegally overtaking a truck on a precarious mountain pass.

The driver, 39-year-old Nguyen Viet Hoang, and representatives of Thanh Buoi Bus Company, which owns the sleeper bus, were summoned to the police station on Monday to complete paperwork for the fine.

According to Cu Tuan Nghia, deputy traffic police chief of Lam Dong Province, where the incident happened, Hoang were identified as the one behind the wheel of a Thanh Buoi sleeper bus in a clip uploaded to social media early this month.

In the half-a-minute-long footage shot with the GoPro camera of a motorcyclist moving in the opposite direction, the sleeper bus could be seen overtaking a long truck at high speed while taking a narrow bend on the Bao Loc mountain pass in Lam Dong, located in the Central Highlands.

The mountain pass is a part of National Highway 20 that connects Ho Chi Minh City with Lam Dong.

The pass runs 10 kilometers at an elevation of 1,500 meters above sea level.

Overtaking is not allowed on that section of the pass, Nghia said, and the sleeper bus driver violated another traffic law by not turning on its blinkers during the dangerous maneuver.

The bus barely missed hitting the motorcyclist, as it occupied almost the entire opposite lane during the attempt on November 29.

The footage of a Thanh Buoi sleeper bus overtaking a truck on the Bao Loc mountain pass filmed with the GoPro camera of a motorcyclist, November 29, 2017.

The driver admitted to his violations at the police station and accepted a disciplinary action of one month of unpaid suspension from his job imposed by the company.

Lam Dong police officers have requested that the sleeper bus in question be brought in for determining its speed while traveling on the mountain pass.

According to current regulations, sleeper buses taking the pass are not permitted to travel faster than 40 kilometers per hour, Nghia explained.

A probe is pending into whether Hoang violated the speed limit before an official fine is issued, he said.

Thanh Buoi is a transport company that operates shuttle buses between Ho Chi Minh City and Lam Dong’s Da Lat City, and between the southern hub and the Mekong Delta city of Can Tho.