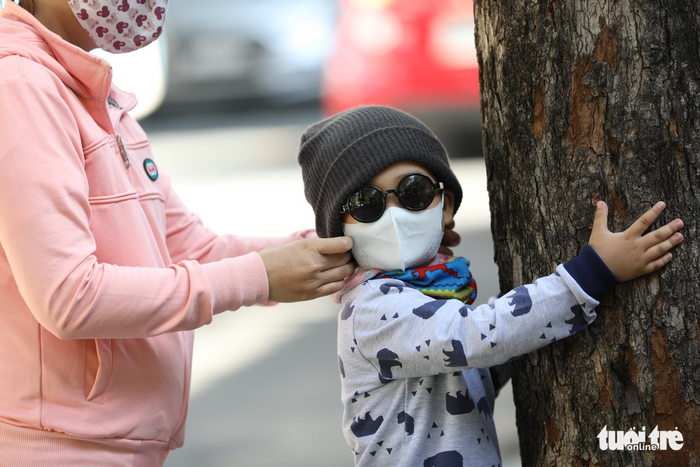 People in southern Vietnam woke up on Monday to the lowest temperatures of the year, with mercury dipping to 17.7 degrees Celsius in some places.

Temperatures dropped to 20.8 degrees Celsius in Ho Chi Minh City this morning, whereas readings in neighboring provinces such as Binh Phuoc and Tay Ninh were 17.7 and 18.6 degrees Celsius, respectively.

Parents had to dress their children in sweaters when taking them to school early in the morning, while many people also commuted to work in warm clothes.

Temperatures in southern Vietnam are forecast to remain under 20 degrees Celsius at night in the next two to three days, Quyet said.

Shortly after it gets warmer on December 21, a fresh cold spell will bring temperatures down again, he added.

The northern region is being hit by the coldest weather of the season, with biting cold of 4-7 degrees Celsius in mountainous areas.

The cold front strengthened on Sunday night, sending the lowest temperatures in Hanoi to 9-12 degrees Celsius, and is expected to continue in the next few days.

Below are some photos taken on the morning of December 18, 2017 in Ho Chi Minh City: