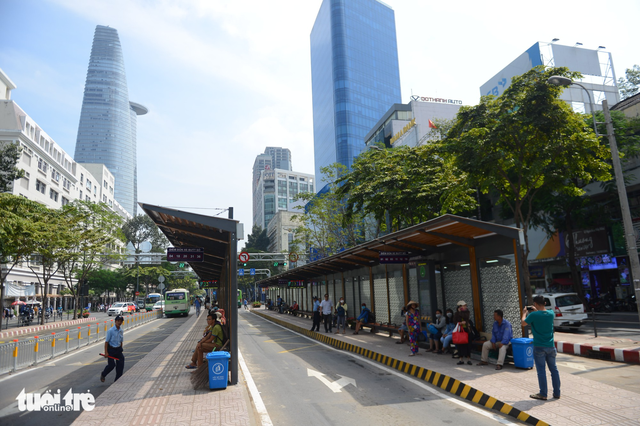 A new bus station serving as a permanent replacement for the old Ben Thanh Bus station in Ho Chi Minh City is finally open and ready to take on its role as a central hub for the city’s commuters.

The VND8 billion (US$352,427) facility is situated just a stone's throw from the old Ben Thanh Bus Station, now demolished to make way for the construction of Saigon’s metro route No. 1.

A total of eight waiting areas, each measuring six meters long, are divided into two separate zones for buses to pick up and drop off passengers commuting across 33 of the city’s bus routes.

Each zone is also designed to be handicap accessible.

Twelve electronic boards provide details about route numbers, arrival times, and the distance between buses and the station.

According to Tran Quang Lam, deputy director of the municipal Department of Transport, the location of the new station was selected due to its close proximity to important sites in the downtown area, namely the Ben Thanh Market, the Ben Thanh Terminal of metro line No. 1, and Bach Dang Station on the city’s river bus route.

Additional improvements are expected to maximize convenience and encourage citizens to use public transportation, Lam added.