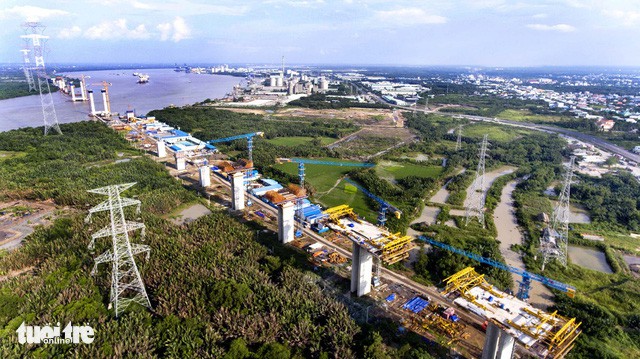 The Vietnamese government has approved the construction of multiple expressways and various other traffic infrastructure projects in the Mekong Delta in a bid to boost local development.

Deputy Prime Minister Trinh Dinh Dung signed the approval, which ratifies the development plan for the country’s ‘rice basket’ from now until 2030, with a vision toward 2050.

The scheme will be carried out across Can Tho City and 12 other provinces including Long An, Tien Giang, Ben Tre, Dong Thap, Vinh Long, Tra Vinh, Hau Giang, An Giang, Soc Trang, Kien Giang, Bac Lieu, and Ca Mau.

The project’s goal is to develop the Mekong Delta region into an eco-friendly and sustainable area capable of coping with climate change while boasting a significant position in Vietnam and throughout Southeast Asia.

In terms of traffic infrastructure, the plan will prioritize the construction of an expressway connecting Ho Chi Minh City, Tieng Giang Province, Can Tho City, and Ca Mau Province.

The initiative calls for the establishment of detours along national highways and improvement to provincial thoroughfares.

Regarding waterway traffic, dredging will be carried out along routes leading to ports in the Tien (Front) and Hau (Back) Rivers, as well as along the Ca Mau Peninsula.

Investment will be directed toward major inland waterway routes.

The deputy prime minister tasked the Ministry of Planning and Investment and the Ministry of Finance, alongside other relevant agencies, with establishing suitable policies to mobilize finance and resources for essential projects in the Mekong Delta.

The Ministry of Transport is in charge of implementing key projects relating to the region’s traffic infrastructure.