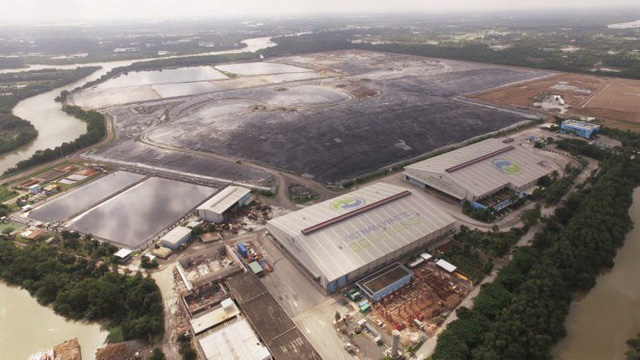 A major waste treatment complex in Ho Chi Minh City has yet to deal with serious environmental pollution at its premise, despite a heavy fine imposed on the operator last year.

In mid-2017, the Vietnam Waste Solutions Corporation, developer of the Da Phuoc Waste Treatment Complex in Binh Chanh District, was fined VND1.5 billion (US$66,079) for multiple violations of the law on environmental protection.

The firm was also required to deal with the problems and reported the process to the Vietnam Environment Administration.

The tasks have not been fulfilled as of Tuesday.

In July 2017, the municipal Department of Natural Resources and Environment pointed out that nearly 700,000 cubic meters of wastewater was being stored within the treatment complex, posing severe threats to the nearby environment.

The treatment of such large volume of liquid waste was estimated to take about a year.

To resolve the issue, VWS promised that they would put a wastewater treatment plant with the capacity of 2,000 cubic meters per day into operation in August of the same year.

However, the company recently asked for the postponement of the facility, stating that they would begin the operation within February 2018.

Agreeing with the proposal, the environmental department announced that the treatment plant must be ready to function prior to March.

Such delay has compromised the original schedule of the treatment process, thus exacerbating the pollution caused by the wastewater, the agency assessed, warning that the contamination could worsen due to climate change.

Aside from running a wastewater treatment plant, VWS was required to cease the burial of sewage sludge and household waste and soon replace the treatment method with new technology.

VWS currently receives about 5,800 metric tons of rubbish, accounting for 66 percent of the garbage in Ho Chi Minh City, on a daily basis. Burying is the main form of waste disposal at Da Phuoc.

Local authorities have urged all waste treatment venues to apply new technology such as gasification and incineration as the methods are more eco-friendly and can help produce energy.

In September 2016, the burial of garbage at Da Phuoc Complex was held responsible for causing a disturbing smell in nearby neighborhoods, which seriously affected the lives of local residents.