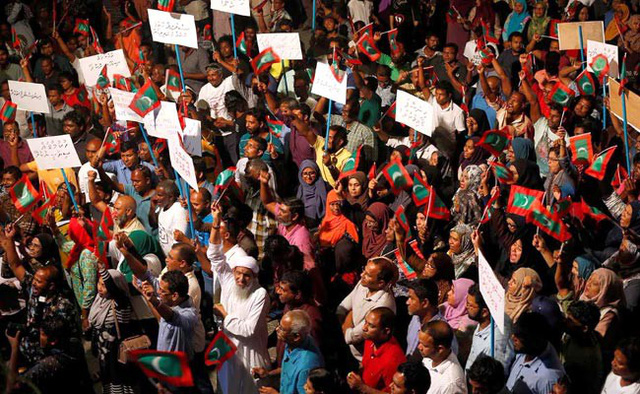 The Ministry of Foreign Affairs of Vietnam on Tuesday advised that its citizens not travel to The Maldives until the island nation lifts the state of emergency currently declared.

Vietnamese nationals who are working, studying or having a tour in Maldives should steer clear of crowded or sensitive areas and pay close attention to warnings by local authorities to ensure their own safety, according to the Consular Department of the ministry.

Such Vietnamese people abroad are recommended to contact the Vietnamese Embassy in Sri Lanka and The Maldives via the hotline 94.11.2696050 or call the citizen protection hotline +84.981.84.84.84.

The emergency was declared for 15 days by Maldives President Abdulla Yameen on February 5 due to political turmoil, according to Reuters.

The news agency reported that the crisis stems from a conflict between the Maldives government and the country’s Supreme Court, in which the administration has rejected the court’s ruling to free nine imprisoned opposition leaders.