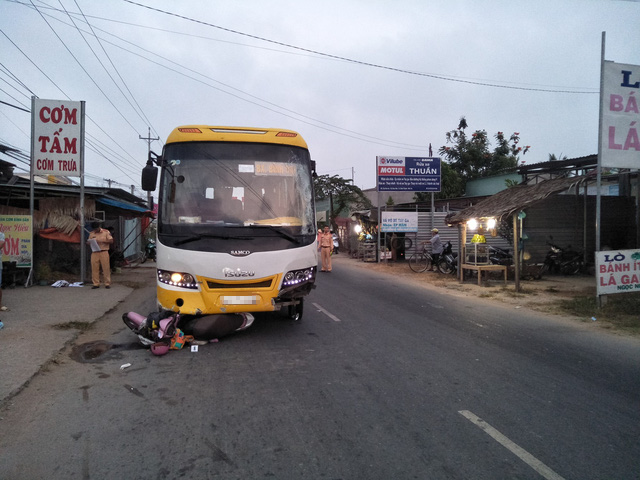 A total of 34 people were killed and 35 others injured in 46 traffic accidents across Vietnam on Friday, the first day of the 2018 Lunar New Year festival.

The statistics were published the same day by the National Traffic Safety Committee.

Since the nation entered the week-long holiday break on Wednesday, traffic accidents had killed 87 people and wounded 84 others, the committee announced.

On Thursday, the last day of the previous lunar year, 33 crashes were reported throughout the country, killing 33 and injuring 21 road travelers.

Traffic police had booked 3,078 cases of violation of traffic safety regulations nationwide since the start of the holiday, with the total fines collected amounting to VND934 million (US$41,000).

Over 540 vehicles were towed away during the period, with 88 drivers having had their driver's license revoked due to serious or repeated violations.

Sixteen violations in marine traffic were also booked over the period.

According to the National Traffic Safety Committee, the Lunar New Year holiday is a peak season for traffic violations in Vietnam, with common offenses including driving under the influence, speeding, and failing to wear helmets on motorbikes.

Tet, or Lunar New Year, is the biggest public holiday in Vietnam when locals celebrate the coming of a new year according to the lunar calendar with activities that place emphasis on the family spirit.

The 2018 Lunar New Year, known as the Year of the Dog according to Vietnamese zodiac, fell on February 16.

The public holiday lasts from February 14 to 20, though celebrations may start earlier and linger much later than the date.