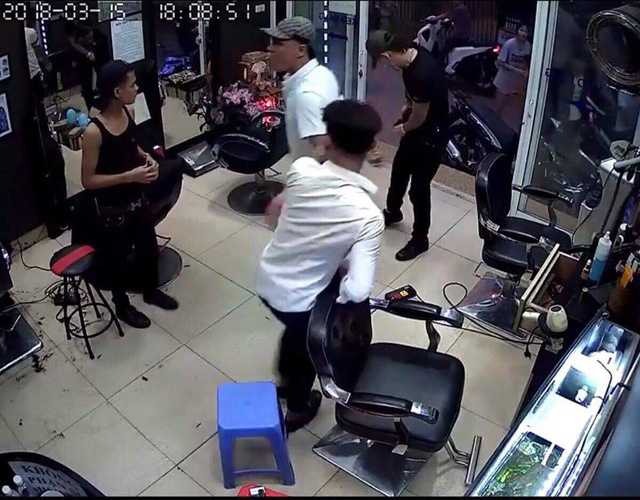 Two Vietnamese men have been taken into police custody for being directly implicated in shooting and seriously injuring the owner of a barbershop in Hanoi this week out of disagreement in competing for a romantic partner.

The men have been charged on counts of deliberate infliction of physical injury and illegal possession of weapons for military use.

Footage from the security camera at the barber’s, located on Le Duc Tho Street in My Dinh 2 Ward of the above district, revealed that on the evening of March 15, Hanh and Toan stepped into the shop and began hitting the owner, Nguyen Manh Hung, who was working at the time.

According to preliminary investigation results, Toan struck Hung’s head with a glass bottle and Hanh used a self-made revolver to shoot the owner.

The attackers fled the scene, before the victim was rushed to the hospital while suffering multiple severe wounds in the face and legs.

The conflict over winning a woman’s heart constitutes the cause of the violence, according to police.

Hanh, the shooter, admitted he fired one shot which pointed toward the ceiling rather than to the owner.

Two shots were in actuality heard at the incident.