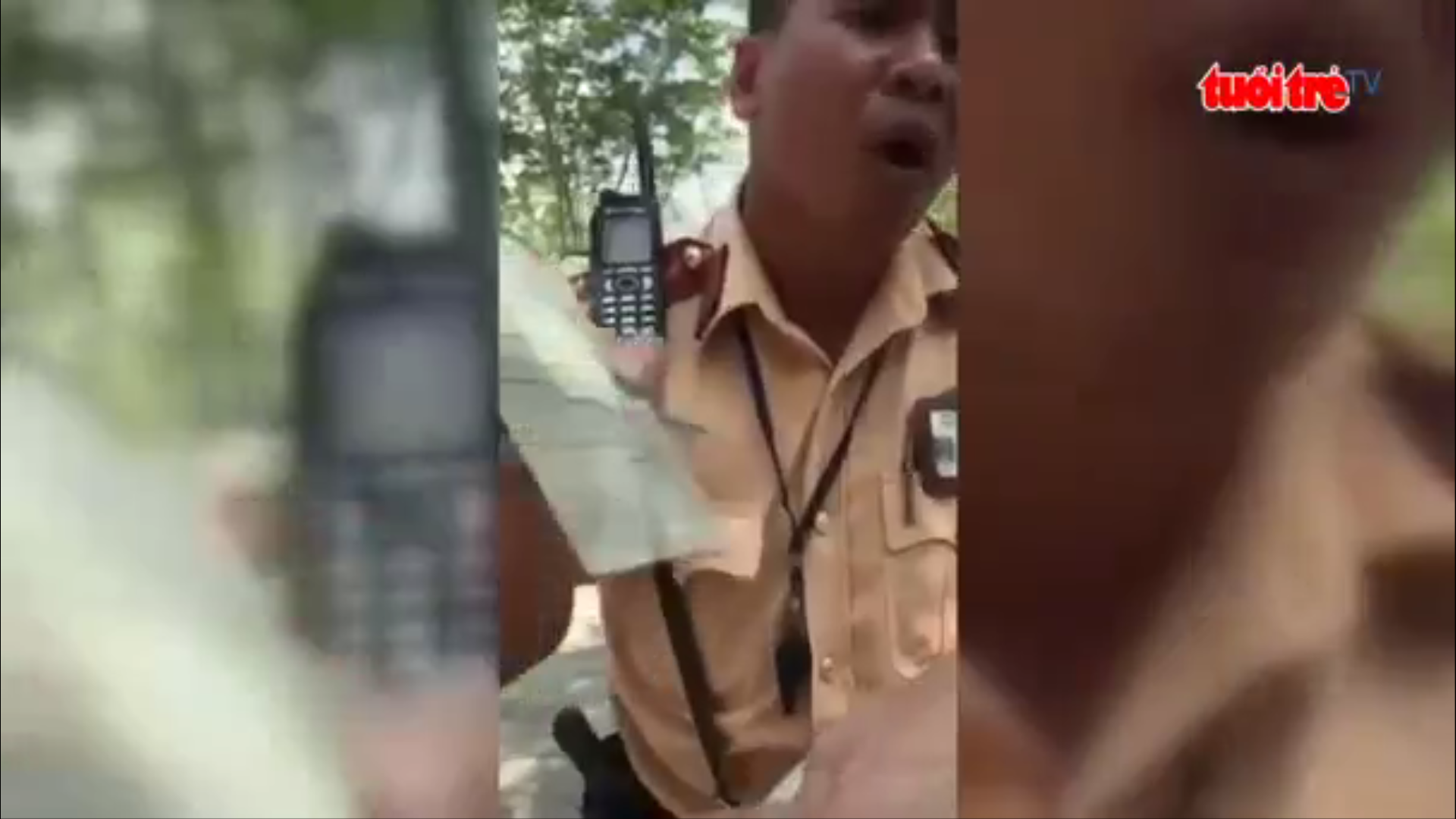 A traffic police officer in Ho Chi Minh City has been told to adjust his attitude after he was filmed telling a German driver his international driving permit (IDP) was not valid in Vietnam.

A foreign national was pulled over on Sunday for speeding after failing to show a Germany-issued driver’s license when he presented his IDP to a traffic police officer, a requirement under Vietnamese law.

According to Ho Chi Minh City Traffic Police, the incident occurred in the afternoon on Mai Chi Tho Street in District 2, where nine officers had set up a speed trap as part of their assigned duties.

At around 1:00 pm, officers pulled over 40-year-old Vo Thanh Tung for traveling 13 kilometers per hour above the speed limit.

According to Vietnamese law, IDP holders from countries and territories that are signatories of the 1968 Vienna Convention on Road Traffic, including Germany, can legally drive in Vietnam provided that they carry both an IDP and a driver’s license issued by their country of origin.

Officer Vo Thanh Tam, who was left in charge of Tung’s case, tried to explain this regulation to Tung as the driver insisted he did not violate the speed limit and repeatedly demanded that he see evidence.

Video footage of the incident posted online shows Tam impatiently telling the driver, who speaks Vietnamese, “Your international driving permit is not valid within the borders of our country.”

“I’m going to tow your car now. No more arguing. I will take responsibility for my actions if I do anything wrong,” he said.

Tung eventually showed up at the police station to present his Germany-issued driver’s license and was allowed to take his car, according to a police chief.

Regarding Tam’s manner of speaking to violators, the chief said it was due to his impatience with the driver, who was causing a bottleneck in processing other cases.

“We have asked Tam to fix his attitude and not to engage in behavior that could hurt the public image of traffic police,” he said.