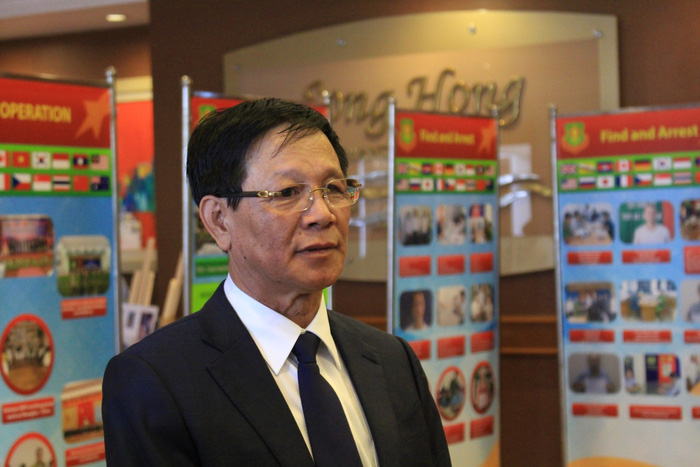 A former chief of Vietnam’s Police General Department has been taken into custody for four months for investigation of his role in a giant police-backed online gambling ring smashed last year, the Ministry of Public Security said.

The arrest warrant for Phan Van Vinh, who retired as director general of the ministry’s police general department in July 2017, came along with a decision to start criminal proceedings against him on Friday.

The probe is being taken by police in the northern province of Phu Tho, which busted the high-profile ring, which involves several police officers including Major General Nguyen Thanh Hoa, former head of the hi-tech crime prevention division under the Ministry of Public Security, in September 2017.

Vinh, born in 1955 and resides in the northern province of Nam Dinh, is detained for the charge of “abusing position and power while performing duties.”

The former lieutenant general is accused of being involved in the case of “using the Internet to appropriate assets, organize gambling, gamble, illegally trade invoices and launder money” in Phu Tho and some other provinces and cities.

Initial investigation has found that Vinh committed all of his wrongdoings during his time serving as the country’s top police chief.

Vinh signed several documents to recognize the Hi-Tech Security Development and Investment Ltd. Co. (CNC), the main company behind the online gambling ring, as a ‘professional unit’ under the Ministry of Public Security.

The ring, whose headquarters was in Phu Tho, the capital city of Phu Tho Province, managed to expand its network to across the country with several dozen thousand dealers and sub-dealers.

At the CNC headquarters in Phu Tho, where servers of the online gambling sites were kept, police discovered an office with the name sign of Hoa, the former head of the hi-tech police unit.

Vinh was the provincial police chief of his hometown of Nam Dinh, before being appointed to lead the Police General Department.

He was known for overseeing several high-profile crime cases.

These include the investigation to find an underage culprit that killed all members of a family in a gold shop robbery in the northern province of Bac Giang in 2011, and the arrest of Nguyen Duc Kien, a banking mogul who was in 2014 handed a 30-year jail term for fraud, tax evasion and illegal trade.

Phu Tho police are expanding a probe into the case to clarify the responsibility of concerned persons.

Former major general Hoa, who was arrested on March 11, is accused of “organizing gambling” relating to this case.

Nam and Duong are accused of being the masterminds behind the online gambling ring.

As of March 14, the investigation agency had launched legal proceedings against 83 people involved in the case.

The probe initially found that the money paid via legal and illegal payment gateways exceeded VND9.58 trillion (US$422 million).

As many as 97 percent of the total payments, or more than VND9.29 trillion ($409.25 million), were made via pre-paid mobile phone cards and game cards, whereas some VND168 billion ($7.4 million) was sent from bank accounts.