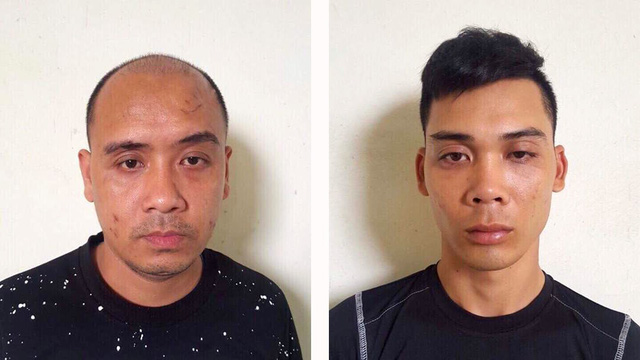 Police in a province contiguous to Hanoi on Monday arrested two Vietnamese men suspected of murdering an eight-year-old boy three days earlier out of rancor directed to his father.

The suspects with the felony charge by police in Vinh Phuc Province are Nguyen Khanh Hung, a 36-year-old local, and Nguyen Van Thao, 22, residing in the neighboring province of Tuyen Quang.

The boy is the first-born of a local man named Vu Van Kien, 30, whose job involves moving soil and sand for construction work.

On April 13, Kien got into a fight with Thao and Nguyen Cuong Trung, Thao’s employer, causing the latter a minor wound in the arm.

The following day at night, Thao and the employer’s younger brother, Hung, stopped their car at Kien’s house, in front of which the victim and another child were playing.

Hung stepped out of the vehicle alone, stabbed the first child two times in the back with a bayonet-like knife and fled the scene.

Seeing the son bleeding copiously, the mother wailed in agony and cried for help.

The boy was rushed to the hospital and died later.

Hung and Thao admitted to the crime afterward.