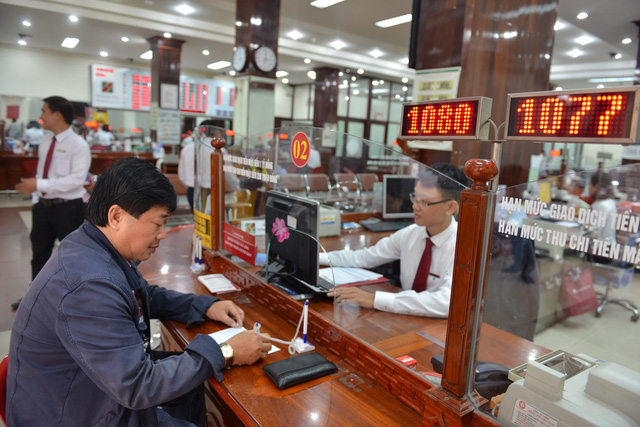 About 400 Agribank debit accounts were hacked on Wednesday night, allowing criminals to withdraw money from the compromised accounts through ATM machines without the cardholders’ consent, the Vietnamese lender confirmed on Thursday.

The bank has yet to release the total amount stolen in the heist.

According to N.T.M.H., one of the victims, the financial department of her company in Hanoi informed her that many employees discovered money missing from their debit accounts at around 11:00 pm that day.

H.’s firm also reported the money losses to Agribank, which issues the ATM cards for the staff members at her company.

The lender then put a temporary freeze on all ATM accounts belonging to the company’s employees.

Despite the freeze, H. received multiple text messages later that night indicating that some of the money in her account had been withdrawn.

“A total of eight transactions were made within six minutes, resulting in the loss of VND24 million [US$1,056] from my account,” H. recalled.

She said she was so worried that she immediately rushed to the nearest ATM to withdraw what remained in her account.

To her surprise, she was able to withdraw what remained in her account despite the bank's assurance that it had been locked.

The Agribank representative told Tuoi Tre (Youth) newspaper that hackers could have installed skimming devices to steal customers’ information in order to gain access to their money.

A skimming device is a type of card reader which is often disguised to appear as part of the ATM.

The device saves the users' card number and pin code, which are then used by counterfeiters to make a fake card.

According to Agribank, about 400 ATM accounts were hacked and the bank began working with competent authorities on Thursday morning to investigate the situation.

Many of the lender’s ATM booths have been closed and surveillance footage has been extracted to assist the investigation.

In the meantime, new ATM cards will be provided to the affected customers.

A result of the probe is expected to be announced by Friday.

The bank also promised to return the stolen money to its clients following the investigation.

Founded in 1988, Agribank, or the Bank for Agriculture and Rural Development, is the largest bank in Vietnam in terms of total assets, operating networks, and customer base.