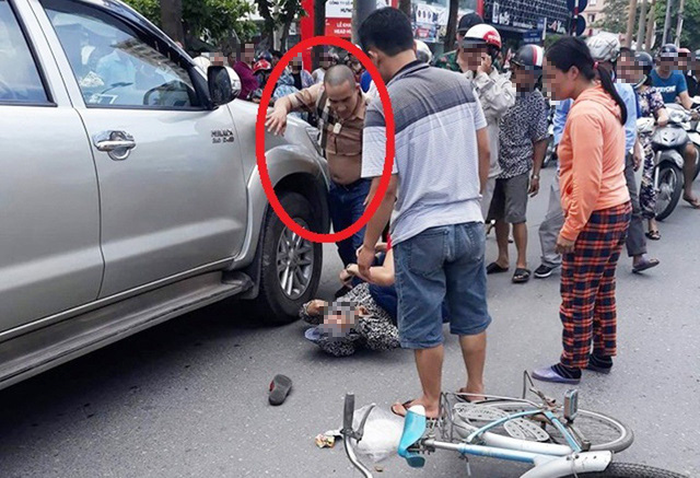 A Vietnamese driver has been detained after he hit and killed a woman while backing his pickup truck, after having traveled in the wrong direction, on a street in the north-central city of Vinh, police said on Tuesday.

A video capturing the horrific scene when the truck, with Doan Dinh Son identified as being behind the wheels, reversed at high speed and mowed down a woman on her bicycle, was posted on social media on Monday.

The incident occurred on Quang Trung Street in Vinh, the capital of Nghe An Province, an official from the municipal police unit confirmed to Tuoi Tre (Youth) newspaper on Tuesday.

The victim was identified as 60-year-old Nguyen Thi Luu, with Son taken into custody for investigation, the official added.

Son was traveling in the wrong way on Quang Trung Street at around 5:30 pm on Monday, when he had a near head-on collision with a four-seater car, driven by a woman, according to the police’s account.

Son then left his vehicle and started a quarrel with the female driver, before returning to the pickup truck and backing it at a high speed.

Shortly after reversing the vehicle, Son crashed into Luu, who died when she was being rushed to the hospital by the man who hit her.

The video capturing the scene has caused widespread outrage among social media users, who call for severe punishment for the truck driver.