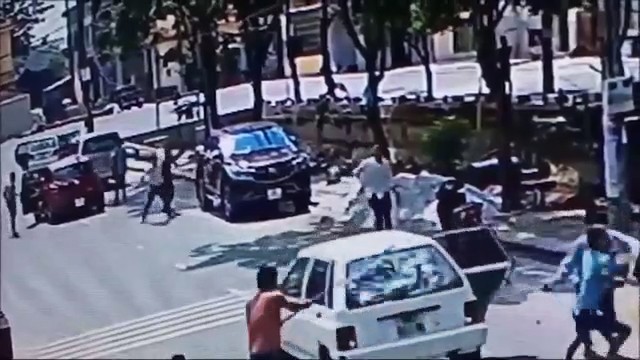 Police in northern Vietnam are investigating a violent gang-involving case which reportedly stemmed from failed attempts to collect debt.

On May 5, scores of gangsters arrived at the house of a 56-year-old man named Nguyen Huu Mao in Y Yen District, Nam Dinh Province, in order to recover the debt which he owed, according to Nguyen Van Dac, a local police officer.

Violence broke out for unknown reasons, and the gangsters fled the scene at the sight of the authorities, leaving behind several knives, swords and metal bars, Dac said.

Social media was spread with a video of part of the incident, in which a man was seen firing a gunshot.

Groups of people strange to Mao had come to his residence multiple times earlier for the same purpose of asking him to pay the debt, Dac added.

Mao said that for the past one month a gang has repeatedly hurled dirty materials at his house, damaged its furniture, and threatened to kill his family members with knives and swords.

This is because the family owes VND300 million (US$13,200), which his wife borrowed from a loan shark without his knowledge in 2008, he said.

Men attack a car in Nam Dinh Province, northern Vietnam, May 5, 2018, in a video taken from Facebook