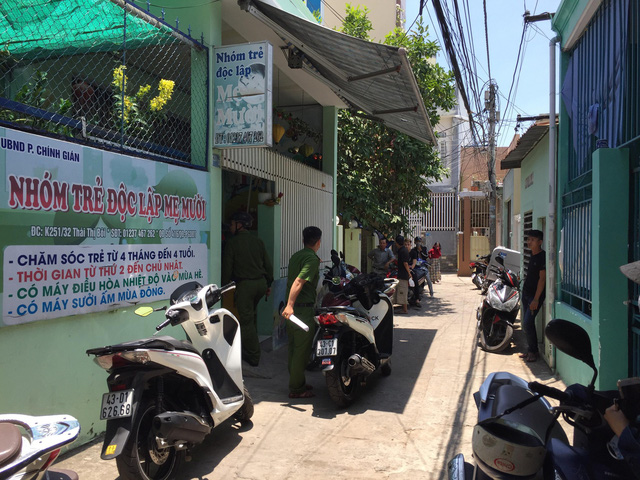 A Vietnamese woman has been caught on camera physically abusing young children at a childcare center run by herself in the central city of Da Nang.

A video clip and several photos depicting the violence at a daycare facility on Thai Thi Boi Street in Chinh Gian Ward, Thanh Khe District were posted on social media on Monday morning, infuriating many viewers.

In the 22-second footage, the woman is seen feeding a young boy who was lying shirtless on the floor.

She started hitting the kid on his face as he refused to eat.

In one of the photos, the same woman is pictured grabbing a child by his face and lifting him up.

The Office of Education and Training in Thanh Khe District has carried out an inspection of the center on the same morning.

The facility was then shut down, and the young children were returned to their parents.

Police officers are collecting statements from those involved.

According to the official, Hong admitted she was the woman in the video clip and photos, adding that the incident occurred in mid-April.

The violence was filmed by one attendant of the daycare, who later quit her job, he added.

The center has a legitimate license, Cong continued, adding that the most recent inspection of the facility was conducted earlier this year.