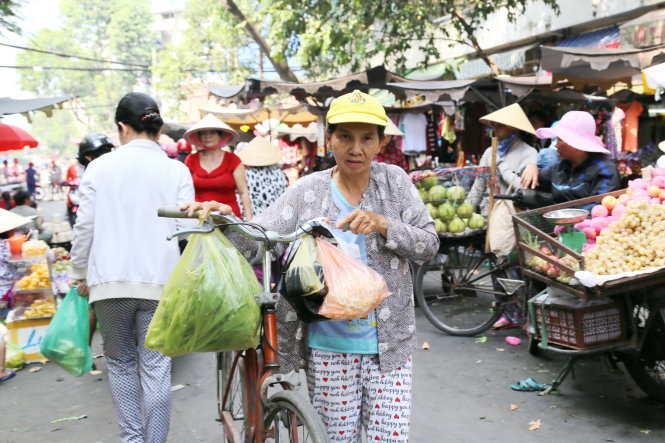 A senior Vietnamese official in charge of environmental issues has suggested that a tax on the use of plastic bags be heightened in order to reduce their harmful effects on the environment.

Deputy Minister of Natural Resources and Environment Vo Tuan Nhan put forward the proposition during a conference on controlling environmental pollution brought about by plastic bags, which was organized in Quy Nhon City in the south-central province of Binh Dinh on Monday.

The event was aimed at discussing measures to implement project No. 582 issued by the prime minister regarding the reduction of the harmful effects of plastic bags.

Speaking at the gathering, Deputy Minister Nhan said that Vietnam is imposing a very low tax on plastic bags, which is VND40,000 (US$1.76) per kilogram.

Such a tariff should be higher to help discourage the use of plastic bags in the country, Nhan added.

Plastic waste and bags account for eight to 12 percent of solid household garbage in the country, which is a rather high ratio, the official assessed.

It is necessary to raise awareness of the issue and implement certain policies to encourage the use of biodegradable bags and other eco-friendly alternatives to plastic, Nhan asserted.

According to Professor Dang Kim Chi, member of the Vietnam Association for Conservation of Nature and Environment, pollution caused by plastic bags, and plastic waste in general, is becoming more alarming than ever, while there has been no assertive measure to curb the problem.

The excessive disposal of plastic bags leads to serious contamination of the soil and water resources.

“It takes hundreds of years for this type of material to decompose,” Chi said.

The situation is even worse when plastic waste is burned, as it will release hazardous gases such as dioxin and furan that can severely damage human health.