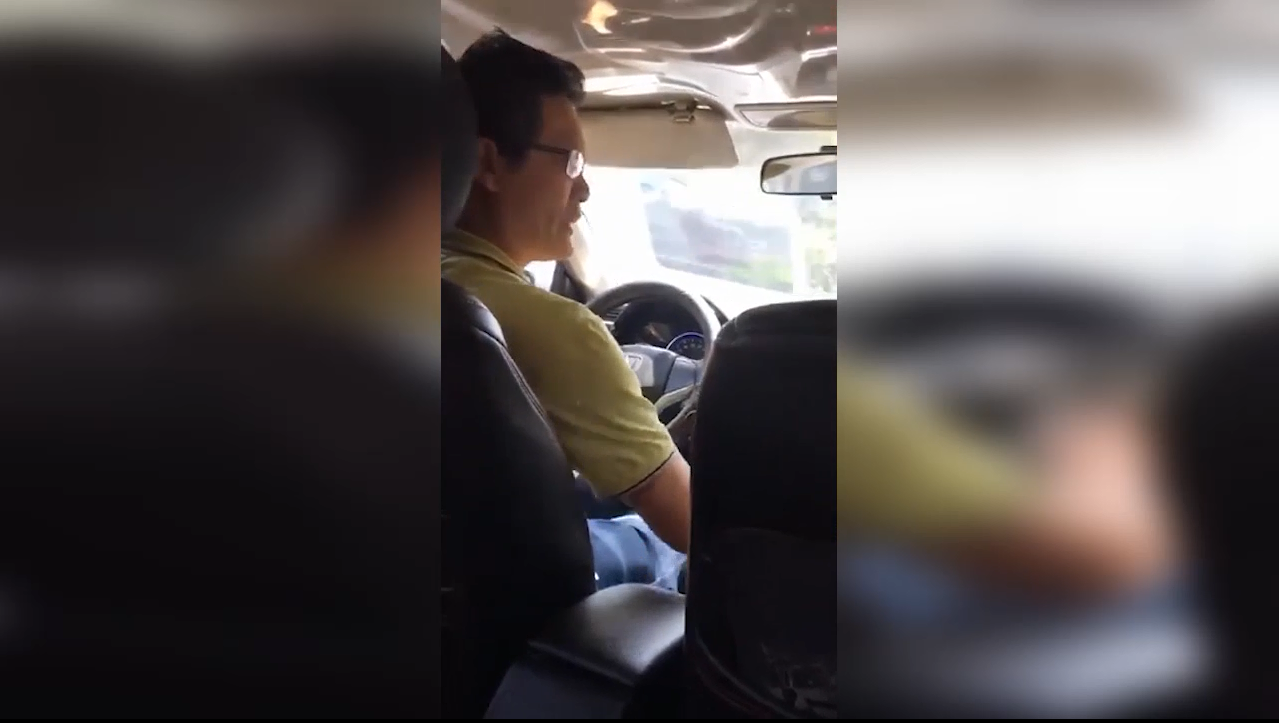 A Vietnamese GrabCar driver was caught on camera using offensive language against a female passenger, saying she failed to greet him when getting into his vehicle.

The footage, filmed by the passenger herself, has attracted thousands of views since being uploaded to Facebook earlier this week.

During the two-minute video clip, the GrabCar driver insisted that the traveler should have greeted him first.

“I don’t know what you look like because I can’t see your picture with the app, so you have to say hi when you get in my car,” the cabbie reasoned.

“It’s the same as when you walk into someone’s house and greet the owner. Are you a thief or something?” he continued.

The passenger seized the opportunity to retort, calling the driver’s comparison ridiculous and asserting that she had no responsibility to say hello.

“You are the service provider. If anyone has to greet first, it is you,” she stressed.

The argument escalated when the driver called the passenger “stupid” and “impolite," hoping that hurling insults at his customer would teach her some manners.

Despite the tension, the GrabCar driver refused to heed the passenger’s requests to stop the vehicle and let her out.

“If you are not stopping the car, then shut up,” the passenger said at the end of the video clip.

Comments on the video showed a general consensus that the driver’s attitude was completely off base.

Tuoi Tre (Youth) newspaper contacted Grab Vietnam for comment on Thursday but had not received a response as of the time of this article’s publication.

Since taking the helm of the ride-hailing industry after Uber’s exit from Vietnam in April, Grab has received a series of complaints from its customers about exorbitant fares, poor quality, and unreasonable cancelations by drivers.