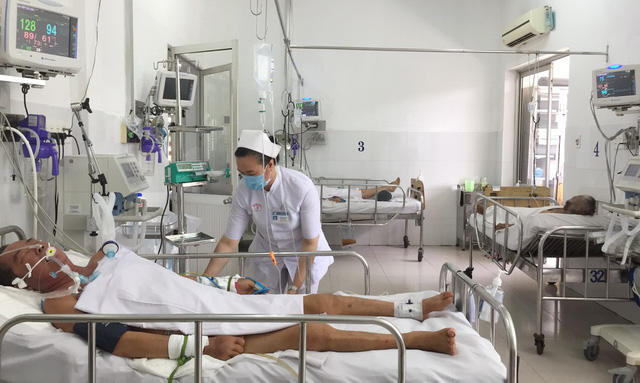 Vietnam reported another casualty of the swine flu on Tuesday, the country’s third so far this year, raising concerns that the virus strain behind the disease has evolved in terms of virulence, making it more fatal than before.

The most recent patient to die of swine flu in Vietnam was a 46-year-old man from Ho Chi Minh City, who drew his last breath at home on Tuesday after having received treatment at Cho Ray Hospital for over two days without improvement.

According to Dr. Le Quoc Hung, head of the tropical diseases unit at Cho Ray, the patient was admitted on June 22 in an already critical condition, with respiratory failure and pneumonia being among his health issues.

He was put on life support for over two days before being discharged due to his family’s wish for him to pass away at home, Hung said.

The same day, another patient at Cho Ray tested positive with the influenza virus subtype H1N1 (A/H1N1), which is responsible for causing the swine flu.

He had been transferred from the south-central province of Ninh Thuan and was admitted on Sunday in critical condition due to his pre-existing lupus, the doctor said.

The positive test result raised the total number of confirmed swine flu patients in Vietnam so far this year to 41, all of whom are being treated at either of two major hospitals in Ho Chi Minh City – Cho Ray and Tu Du.

The third death from the acute respiratory disease in Vietnam in less than a month has raised concerns that the virulence of the A/H1N1 virus strain has increased, making it more dangerous for contracted patients.

However, Assoc. Prof. Dr. Phan Trong Lan, president of the Pasteur Institute in Ho Chi Minh City, says it is too early to jump in such a conclusion.

He said a network of 144 health institutions in 114 countries, including two locations in Vietnam, collect samples of virus strains daily test for changes in their virulence, spread and clinical manifestations.

The results are shared among the network to timely detect any notable developments, as well as for the production of corresponding vaccines.

So far, latest studies into the genetic structure of the A/H1N1 virus strain have not detected any antigenic variation, Dr. Lan said.