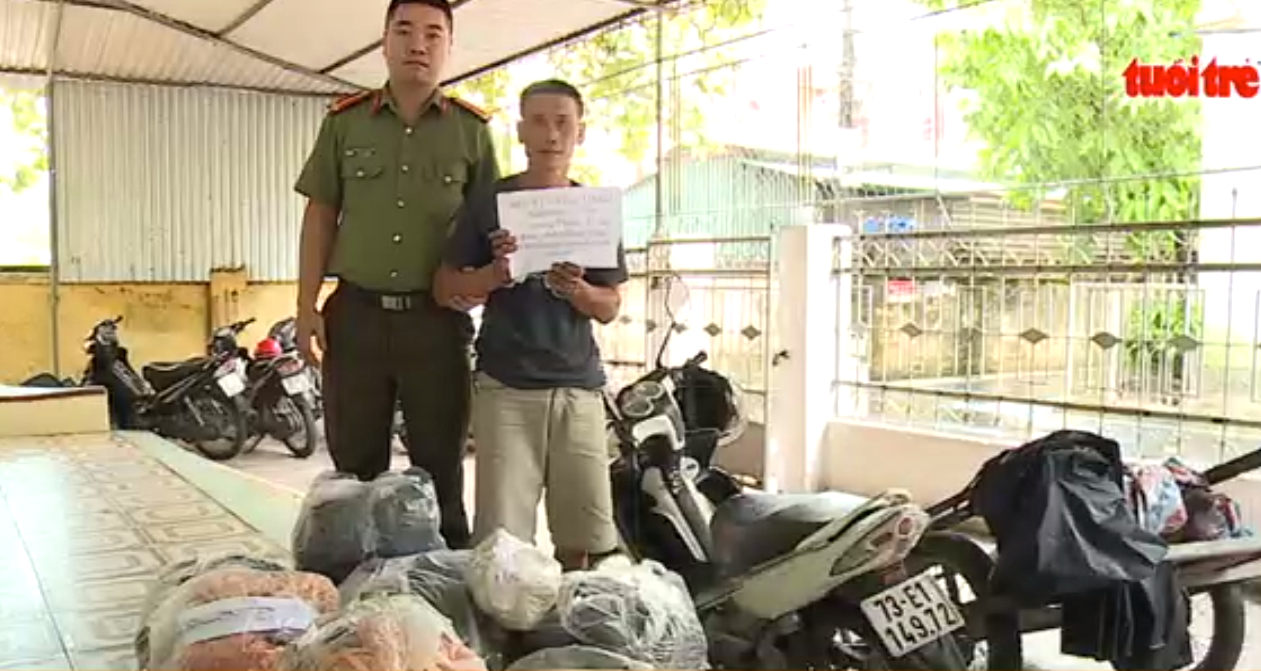 Vietnamese man held for carrying over 200kg of explosive on cart

A man from central Vietnam has been detained for unlawfully transporting a large amount of explosive and related devices on a cart.

Nguyen Duc Hanh was pulling a cart with his motorbike in Ha Tinh Province on Saturday morning, when he was pulled over by police for a check.

Officers discovered 215 kilograms of explosive, 1,000 detonators and 49 meters of slow burning fuses, on the cart.

The 48-year-old said he was paid VND1.5 million (US$66) by a stranger to move the items from Quang Binh Province, where he lives, to the neighboring region of Ha Tinh.

The man is being held as police expand their investigation.