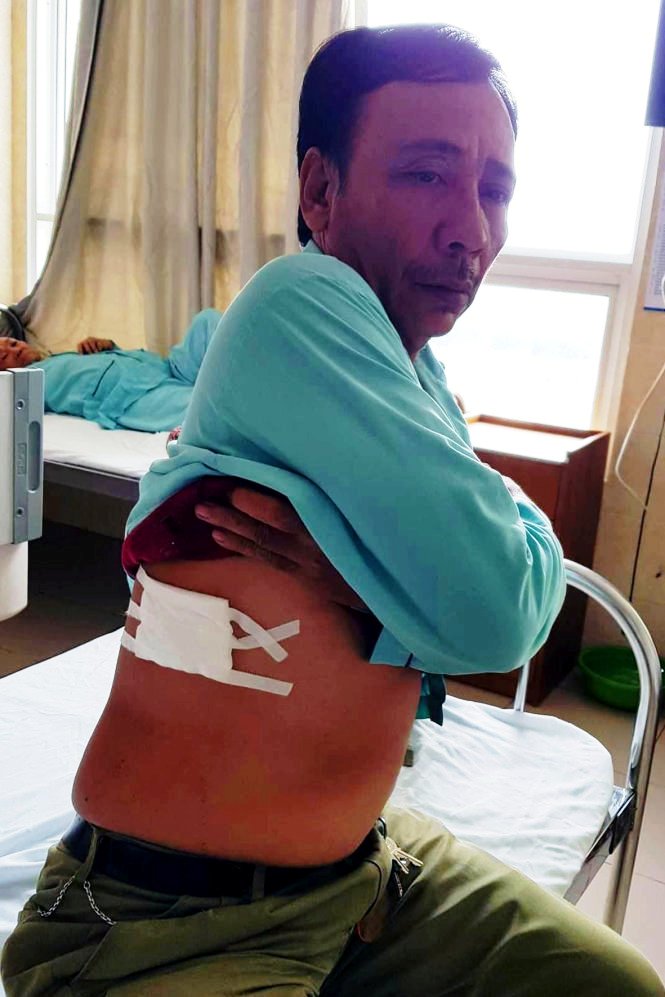 Police in the southern Vietnamese province of Dong Nai are hunting for a group of robbers who injured two local ‘street knights’ with their knives.

The two victims, Phan Van Hoa, 55, and Le Minh Hung, 46, who are members of an anti-crime club in An Binh Ward, Bien Hoa City, first received the call for help from a local resident at around 3:45 am on Tuesday.

The resident stated that someone was trying to break into his home.

Hoa and Hung quickly arrived at the address and found one suspect breaking the lock with hydraulic pliers, while his accomplice was waiting outside on a motorbike.

As the ‘street knights’ attempted to arrest the robbers, they aggressively resisted with pepper spray, batons, and knives before escaping on the motorcycle.

Hung and Hoa suffered multiple injuries and were admitted to the Dong Nai Province General Hospital for emergency treatment.

Hoa was given stitches for a stab wound on his torso and is receiving further treatment at the infirmary.

Meanwhile, Hung has been discharged after having the injuries on his left arm and head treated.

Police officers have initiated a manhunt for the suspects.

The anti-crime club in An Binh Ward was established in 2017, consisting of about 40 members.

It is managed by a deputy chief of police in the ward.