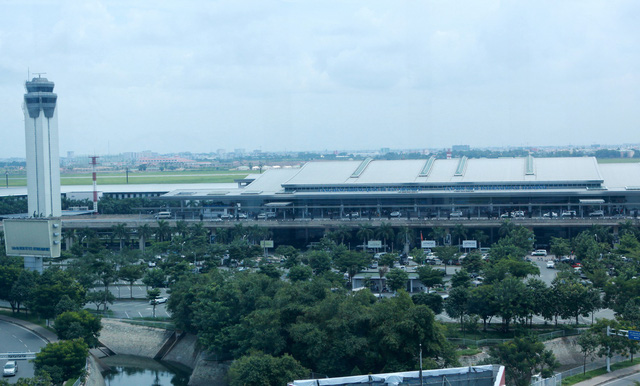 A Zimbabwean man who was in September denied entry into Vietnam and has since been detained at Tan Son Nhat International Airport in Ho Chi Minh City is suffering from deteriorating health, as authorities scramble to have him deported.

The man was granted entry into Vietnam, where he stayed until September 2 before boarding an AirAsia flight to Osaka, Japan with a transit in Bangkok, Thailand.

However, Japanese immigration found that Jon was using a fake passport and denied him entry into the country, confiscating his papers as evidence.

The Zimbabwean man was deported from Japan on September 26 and arrived at his airport of origin in Ho Chi Minh City the next day.

As he did not have any international travel documents, Jon was denied entry into Vietnam this time and was detained by airport authorities.

He could not be sent back to Jakarta due to the lack of documents, officials said.

Jon has since been living in a room at Tan Son Nhat Airport meant for people who are turned away by immigration.

Since the start of his detention, Jon has not taken a shower or had his clothes laundered, posing a hygiene problem for others sharing the space, according to airport managers.

The man also refused to eat bread served by his airline, while he did not have money to buy any other food, causing his health to deteriorate quickly, officials said.

According to the Southern Airports Authority, Jon has required medical assistance several times during his stay at Tan Son Nhat, including an incident on October 30 when he was rushed to a nearby hospital after suffering from a seizure and profuse vomiting.

The man is now back at Tan Son Nhat after his condition has stabilized, but he has refused to eat anything for more than a week.

The airport management has repeatedly requested support from relevant parties to have the man deported from Vietnam, but no applicable measure has been taken as yet.

In the worst-case scenario that the foreigner dies at Tan Son Nhat, it would damage the reputation of Ho Chi Minh City and Vietnam as a tourist destination, the airport authority said.

The Civil Aviation Authority of Vietnam (CAAV) has requested that the border security officers stationed at Tan Son Nhat take over the management of the Zimbabwean national to provide better legal and medical support for the man.

The room where Jon is staying is designed for short-term detention of turned-away visitors and therefore not suitable for the long-term accommodation of a man in such health, CAAV explained.

“The biggest challenge now is that the passenger has no travel documents with him, while the aviation authority is not authorized to verify his identity,” a CAAV leader said.