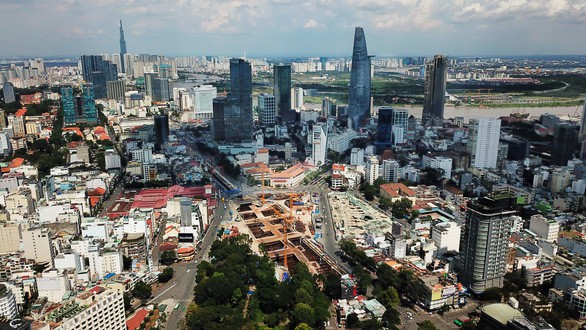 Construction of a Japan-built metro line in Ho Chi Minh City might have to be halted after the end of 2018 as unpaid contractors’ wage has amounted to more than US$100 million, the Japanese Ambassador to Vietnam said in a letter.

However, since October 2017 the project has not received any budget disbursement due to late approval of an adjusted investment plan, Japanese Ambassador to Vietnam Umeka Kunio said in the letter sent to Ho Chi Minh City’s Party chief Nguyen Thien Nhan.

Even though the municipal administration has pledged to use its own money to pay Japanese contractors while waiting for budget from the central government, the promise has not been kept, Umeka Kunio said.

As of November, unpaid contractors’ wage has amounted to more than $100 million, the Japanese ambassador pointed out.

“If this issue is not resolved by the end of December 2018, I’m sorry to say that constructions on the project will have to be halted,” Ambassador Umeda Kunio stressed in his letter.

According to Ambassador Kunio, Japanese contractors are working hard to get the metro line ready for its scheduled opening in 2020.

With that in mind, Kunio said, he hoped that Party chief Nguyen Thien Nhan would take necessary measures to speed up budget disbursement for the project.

It is estimated to cost VND47.3 trillion (US$2 billion) in investment capital, and will be capable of transporting 620,000 passengers per day upon completion, taking pressure away from the city’s overcrowded public transport system that’s overly dependent on buses.