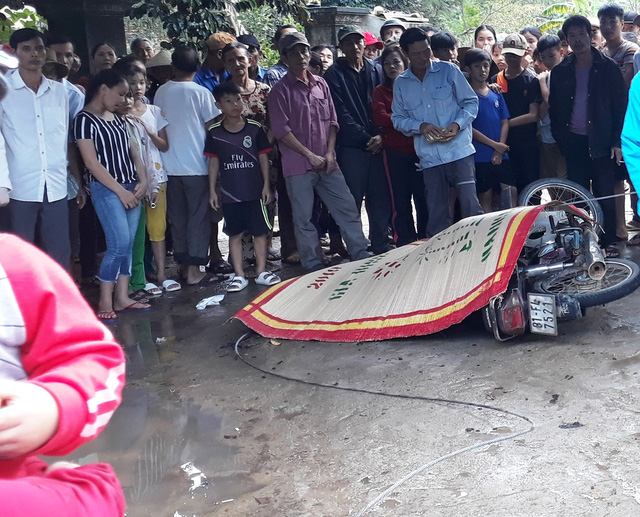 A Vietnamese motorcycle rider died after an overhead electric wire broke and fell on him on Thursday, police in the central Vietnamese province of Quang Nam said.

Tran Minh Chung was driving his bike through a rainstorm on a local road on Thursday afternoon when the low-voltage wire ruptured and landed on him, electrocuting and killing him.

The 46-year-old was found lying beside his vehicle with wire dangling near his neck.

The Quang Nam Power Company, which manages the provincial electricity grid, explained that strong winds in heavy rain caused leaves from a nearby coconut tree to hit and break the power line.

Locals said the power line had been derelict for quite some time before the accident.

Two sixth-grade students were electrocuted to death and four others injured after lightning caused several electrical wires to break in front of their school in the southern Vietnamese province of Long An.