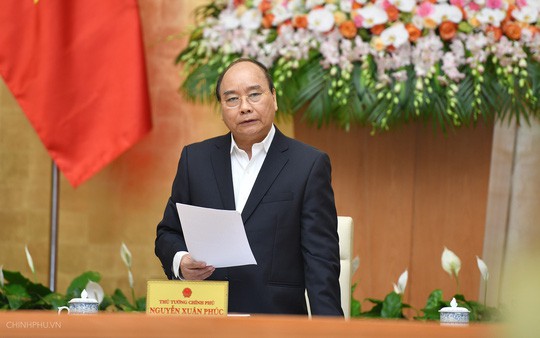 Vietnamese Prime Minister Nguyen Xuan Phuc has called on the power sector to take necessary measures to ensure sufficient electricity for the country in 2019, stressing that disciplinary actions would be imposed upon those in charge if power shortage occurs.

The Vietnamese premier addressed the topical issue during a monthly meeting of the government in Hanoi on Monday.

The gathering focused on reviewing socio-economic development in January-November and setting new tasks and goals for 2019.

During the event, PM Phuc brought up the problem of scheduled blackouts on certain occasions in the past year.

“I previously wrote many letters to relevant agencies, asking them to prepare sufficient electivity for the country at the beginning of the year,” he said.

The premier then requested explanations from the Vietnam Electricity (EVN) group and the Ministry of Industry and Trade.

Power shortage should not happen in 2019, Phuc continued, adding that those in charge would be disciplined if the problem persists.

The direction was once again reiterated by Mai Tien Dung, Minister and Chief of the Government Office, during a regular press conference taking place after the government meeting.

Do Thang Hai, Deputy Minister of Industry and Trade, affirmed at the press meeting that power supply will be sufficient next year.

In some cases, however, about two to seven billion kilowatt-hours of electricity generated from oil and diesel will need to be mobilized, Hai said, adding that costs of such power resources would be higher.

The trade official stressed the significance of raising awareness of energy conservation among residents.

Nguyen Anh Tuan, head of the Electricity Regulatory Authority of Vietnam under the trade ministry, added that the agency has prepared carefully to minimize power outages across the country, especially in the southern region.

Many solar power plants are expected to be put into operation in June 2019, which will further contribute to the resources, Tuan elaborated.