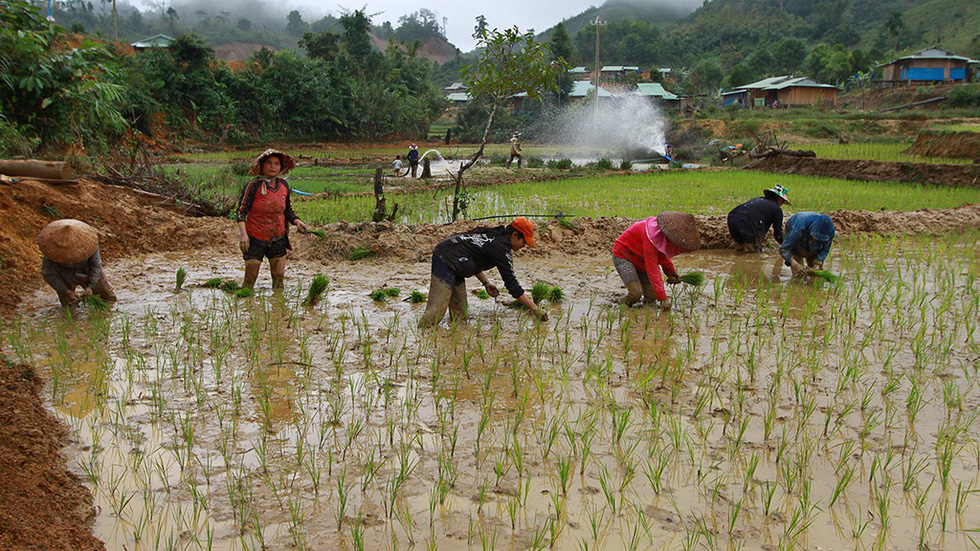 The lives of hundreds of villagers in central Vietnam are returning to normal in a new place after they were evacuated from the area once struck by a fatal landslide more than one year ago.

A typhoon in November 2017 brought down four houses, devastated crops and triggered a landslide that killed five people in a remote area of Nam Tra My District, part of disaster-prone Quang Nam Province.

The mountainside village there was damaged beyond recognition.

Over 600 affected locals were forced to relocate to Khe Chu Valley, around four kilometers away from the original place.

They started life anew on a shoestring, with financial support from the local government and corporate and private donors.

The residents erected stronger houses, chose pieces of land for rice-farming purposes and have been encouraged to use fields in their original village again, while the authorities have built dirt roads, a school, hospital and electricity grid.

The government is trying to have the roads covered with concrete prior to Vietnam’s largest public holiday – the Lunar New Year fest in February – and make sure the residents have enough food to eat a few months after that.