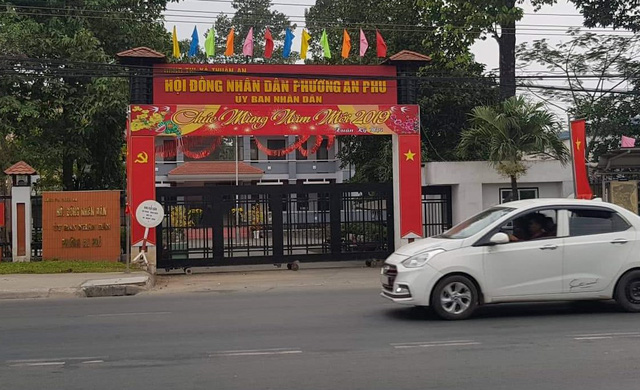 In Vietnam, remorseful robber returns US$4,300, apologizes to victim

A robber from southern Vietnam has recently made headlines on social media after he returned VND100 million (US$4,305) and two cellphones he had stolen while sending a letter of apology to his victim, due to his concern over the victim’s loss, as well as his repentance before his three-month-old baby.

Police in An Phu Ward, Thuan An Town, located in the southern province of Binh Duong, on Friday confirmed the viral story, after a package containing the amount of money and phones was discovered in front of the ward’s People Committee’s headquarters on January 29.

The assets were later confirmed to belong to P.T.B.T, 25, who had one day earlier reported to An Phu Ward police officers that her bag was snatched by a man while she was driving, claiming she lost VND107 million ($4,600) and two iPhones.

Besides VND100 million and two cellphones, inside the package was a hand-written letter of apology from the robber.

In his three-page letter, the robber explained that he robbed her to pay the debts he owed to loan sharks after his family had been threaten by the lenders.

However, after snatching T.’s bag, he was shocked seeing the big amount of money and felt regretful thinking of the victim’s loss.

Moreover, he also felt remorseful facing his three-month-old baby for his act.

After taking a few million dong to cover his debts, he decided to take the assets to An Phu police officers so that the victim could get her possessions back, with a promise to pay back the money he had taken.

He also extended an apology to his victim and thank you to authorities for helping him return the stolen assets to their owner.

An Phu Ward police later returned the assets to the victim and are investigating the case.

After receiving the VND100 million and iPhones, P.T.B.T. said she appreciated the robber’s regret and expressed her hope for police to stop probing the case, and acquit the robber so that he can enjoy the coming Tet (Lunar New Year) festival with his family.

T., an interpreter of a company in Binh Duong, said the VND100 million is her company’s while the remaining VND7 million and the two phones are hers.

Her bag was snatched while she was driving to a bank.

A leader from Thuan An Town police told Tuoi Tre (Youth) newspaper that they would consider the victim’s wish and the discuss a proper approach to the case with the local procuracy.

Below is a translation of the apology letter from the robber:

There was a robbery in the locality today and I was the one who conducted it.

I really regret what I did and was shocked seeing the assets I had stolen. Right now the victim may be deeply upset.

All this happened because I owed a high-interest debt and could not afford to pay it back. It was only a few million but the interest has kept increasing. They called and messaged me all day so I could not stand it anymore. They also threatened to come to my house while my wife just gave birth three months ago. If they had really done so, my wife would have died.

In distress, I thought about robbery to have money to cover my debt, and this afternoon I snatched a backpack from a woman. What I never expected was the big amount of money. I think she needed the money to handle her issue.

I felt repentant for the whole afternoon. How could I face my little baby? And the victim, she obviously needed the money, why would have I done that?

So I am writing this letter to express my hope that you could help return the assets to the victim. I threw the backpack into a bin after I took the assets, later I failed to find it.

I took some of the money to cover my debt, and I would definitely pay it back to the society in the future.

I hope everyone could open their heart and forgive a guilty guy like me, and I would like to sincerely apologize to the person I robbed.

I hope you could return the assets to the woman who helped me. Thank you!