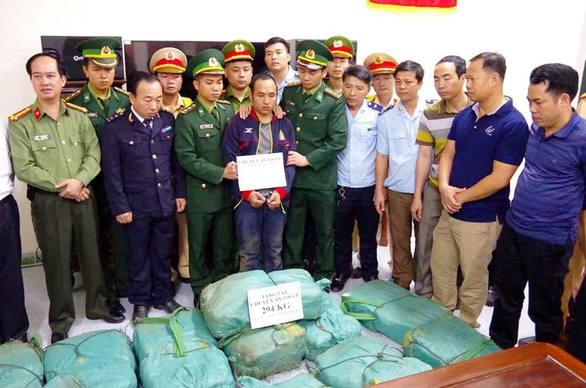 Laotian nabbed for transporting nearly 300 kilograms of meth into Vietnam

Police arrested a Laotian man while he was carrying just under 300 kilograms of methamphetamine in Vietnam on early Sunday morning.

Vangchueyang Briachear was taken into custody after the law enforcement in Ha Tinh Province discovered 294 kilograms of meth in a minibus on National Route 8 at around 1:15 am, police said.

The illegal substance was placed inside 278 plastic packages, which were put in 12 turquoise bags.

He told police he was paid to protect and transport the meth by a Laotian the day earlier.

He and another man traveled together in Vietnam in the bus at night but the Vietnamese authorities managed to stop the vehicle.

His partner escaped the police chase while running in the mountains.

In Vietnam, trafficking over 100 grams of heroin, meth, cocaine, amphetamine or MDMA (ecstasy) is punishable by imprisonment of up to 20 years, life imprisonment or capital punishment.