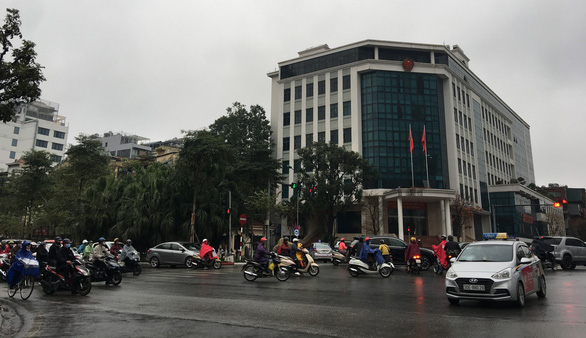 The weather in northern Vietnamese localities, including Hanoi, is forecast to warm up on Tuesday, as a cold spell having affected the region in the past days has dissipated, the National Center for Hydro-meteorological Forecasting said Monday.

The cold front previously brought cold weather and rain to the northern region from February 22 and was expected to last for about three to five days.

Average highs were approximately 20 to 23 degrees Celsius, while showers occurred in some localities in the morning, Nang stated.

Mercury is forecast to increase by two to three degrees Celsius on Tuesday, the weather pundit added.

It will turn sunny on Wednesday, and temperatures will continue rising by another two to three degrees Celsius.

Meanwhile, the weather will remain hot in southern Vietnam in the next days, said Le Dinh Quyet, an official of the southern hydro-meteorological station.

A high of 35 degrees Celsius is in the forecast for Ho Chi Minh City, while temperatures in some southeastern provinces may reach up to 36 degrees Celsius.

Average highs will be between 33 and 34 degrees Celsius in the Mekong Delta.

The UV index will also remain at a high level, Quyet stated.