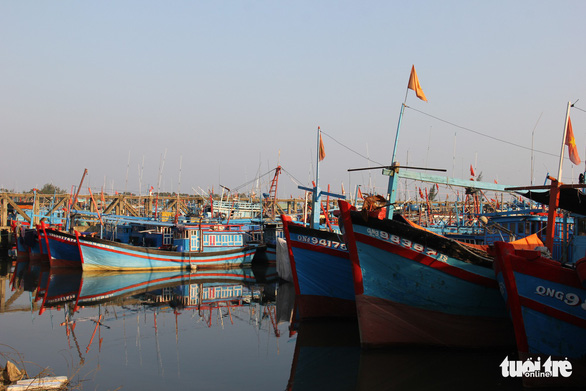 A Vietnamese fishing boat was hit and sunk by a Chinese ship off Vietnam's Hoang Sa (Paracel) archipelago in the East Vietnam Sea on Wednesday, local authorities have confirmed.

The Vietnamese ship was operating near Da Loi (Discovery) Reef in Hoang Sa, around 198 nautical miles off the central Vietnamese city of Da Nang, at 10:00 am on Wednesday when it was hit by a Chinese vessel and sank, the National Committee for Disaster Response, Search and Rescue said in a statement.

Five men including captain Nguyen Minh Hung were aboard the vessel from Quang Ngai Province, which kept afloat only by its bow after the collision.

No one was injured in the incident and the fishermen managed to cling onto the bow until rescuers arrived at the scene.

The Chinese ship that hit them bore the registration number 44101, Vietnamese authorities said.

“The five fishermen were rescued by another Vietnamese fishing boat from Quang Ngai at 12:06 pm the same day,” a source told Tuoi Tre (Youth) newspaper.

“They are now in stable health,” the source said.

Binh Chau Commune in Binh Son District, Quang Ngai is home to the largest fishing community in the province, with over 400 fishing boats currently registered.

Most local fishermen depend on the fishing grounds near the Hoang Sa and Truong Sa (Spratly) archipelagoes for their living, which provide 80 percent of their catch.

In March 2018, two Vietnamese fishing boats were ambushed by Chinese vessels and robbed of their fishing equipment while operating near Hoang Sa.

In January 2016, a Chinese vessel rammed and sank a Vietnamese boat fishing 70 nautical miles off Con Co Island, administered by the north-central province of Quang Tri.