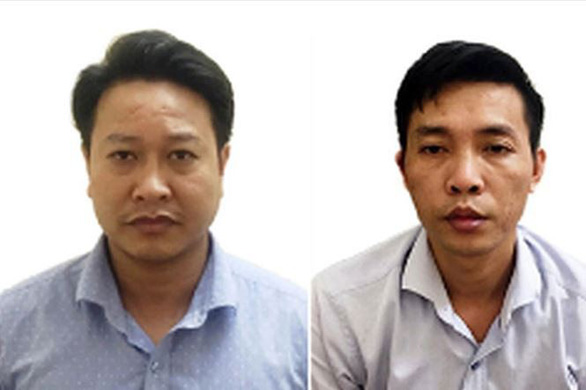 Results of the National High School Examination, held every year around June, are used to determine whether a student qualifies for graduation from high school and acts as a placement test for college and university entrance in Vietnam.

In 2018, nearly one million candidates took part in the three-day exam, where they sat for tests in math, literature, foreign languages, physics, chemistry, biology, history, geography, and civics.

When exam results were released in early July 2018, suspicion was quickly raised on whether cheating had occurred as test scores by some candidates from Ha Giang, Son La, Hoa Binh and Lang Son, all northern provinces, were unusually high.

A police investigation was shortly launched and signs of test score manipulation were found in three of the provinces, with Lang Son being the only province cleared of suspicion.

Between July 2018 and February 2019, criminal investigation was launched against 12 officials in Ha Giang, Son La and Hoa Binh on charges of abusing powers and positions while performing duties.

In Hoa Binh, three education officials – Nguyen Khac Tuan, Do Manh Tuan and Nguyen Quang Vinh – were found to have abused their position as test scorers to manipulate candidates’ papers in exchange for money, provincial police said on Monday.

They were arrested in August and September 2018 for investigation.

Manh Tuan is vice-principal at a local boarding school, Vinh is the former head of testing and quality assurance at the Hoa Binh education department, while Khac Tuan was an official under Vinh’s command.

The trio was tasked with scoring multiple-choice exam papers for the 2018 National High School Examination in Hoa Binh.

According to police investigation, the three suspects had formulated their cheating plan since May 2018 with Vinh being the mastermind.

Abusing their positions, they made their way into the exam papers storage room and altered answers on 140 sheets that belonged to 56 candidates, one of whom was a relative of Vinh.

The papers had their scores raised by 0.2-9.25 points out of ten after the manipulation, police said.

Manh Tuan confessed to receiving VND550 million (US$23,800) for his involvement in the crime.

Meanwhile, Khac Tuan admitted it was not the first time he had manipulated test scores of the national high school exam, having done so in the 2017.