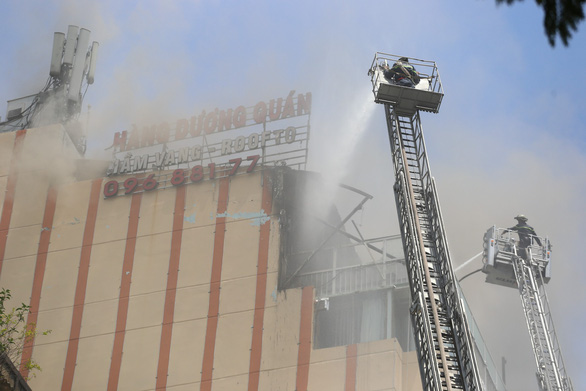 Ho Chi Minh City is expected to face a shortage of over 10,000 fire hydrants by 2025, while poor maintenance due to limited budget has caused the condition of already installed fire hydrants to fall below suitable safety standards.

The information was presented at a meeting to discuss fire prevention and fire-fighting in Ho Chi Minh City on Wednesday.

While the city currently lacks the additional 10,000 fire hydrants needed for 2025, it also says the maintenance of already existing fire hydrants has been limited due to funds being caught up in the current bureaucratic process.

A 2010 circular issued by the Ministry of Construction requires that the specific cost of maintaining fire hydrants must be available in order for state funding to be disbursed.

However, as of today there is still no official budget for the maintenance works, said Nguyen Thanh Huong, another committee member.

Huynh Cach Mang, deputy chairman of the People’s Committee of Ho Chi Minh City, agreed with the stated shortcomings and promised to solve all related problems as well as promote campaigns on fire prevention and fire-fighting in densely populated neighborhoods and urbanizing areas on the city outskirts.

He emphasized the importance of raising fire awareness by organizing workshops to inform and train residents on how to handle fire emergencies as well as improve the quality of fire investigations.