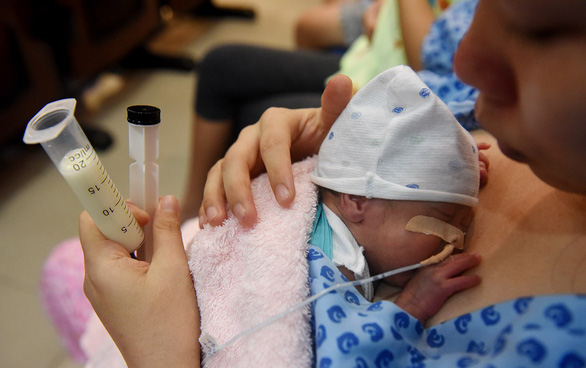 A leading maternity hospital in Ho Chi Minh City is set to launch the city’s first international standard human milk bank next week as a solution to a shortage of biological milk for premature newborns.

Human milk bank is a service for those who wish to share their breast milk with others donate the milk for vulnerable infants, orphans or nursing mothers.

On average, Tu Du Maternity Hospital delivers and provides medical treatment for about 6,000-7,000 babies born with low birth weight every year, but only 30 percent of the newborns with illnesses can be breastfed by their mothers.

The first human milk bank in the world was opened in Vienna, Austria in 1909 and Vietnam first launched the service at the Da Nang Hospital for Women and Children in the namesake city in 2017.

According to the World Health Organization (WHO), feeding newborns breast milk exclusively for the first six months of life reduces child mortality and has health benefits that extend into adulthood.