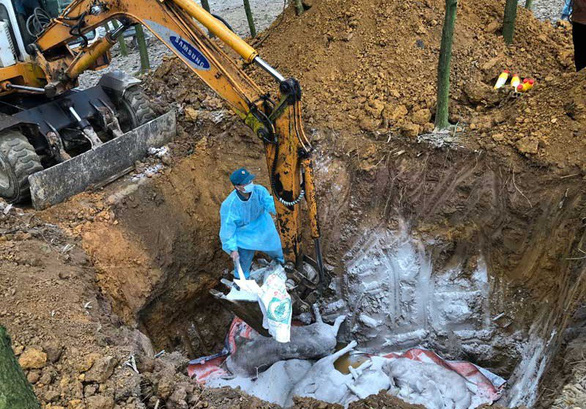 The northern Vietnamese province of Hoa Binh has become the first out of 23 localities affected by African swine fever (ASF) to announce the end of the epidemic, the country’s agriculture ministry said on Tuesday.

A locality is declared to be free of an epidemic if no new cases are recorded within a 30-day period, and Hoa Binh has met this requirement, Deputy Minister of Agriculture and Rural Development Phung Duc Tien said at a conference held in the province to officially mark the important milestone.

This positive progress is the result of prompt measures taken by the central government, prime minister, agriculture ministry, and relevant agencies, the deputy minister stressed.

“It is also a good lesson in dealing with the ASF epidemic, as well as other contagious diseases,” the official added.

According to Nguyen Van Tuan, head of the livestock division under the Hoa Binh Department of Animal Health, local authorities will continue their efforts to prevent the disease from recurring in the province.

The ASF epidemic was first recorded in Vietnam in mid-February and has spread to a total of 23 provinces and cities in the northern and north-central regions, whereas more than 73,000 infected pigs have since been destroyed.

Hoa Binh is located some 75km southwest of Hanoi. The capital city’s Ngoc Thuy Ward was also cleared of the disease on March 28.

As of Tuesday, a total of 11 communes and wards in eight provinces and cities were able to announce the eradication of the epidemic.

The northern province of Bac Kan is expected to be the second province to be cleared of the disease.

It is incurable and the infected swine have a 100 percent fatality rate, thus ASF can result in serious production and economic losses.

The disease poses no risk to human health.