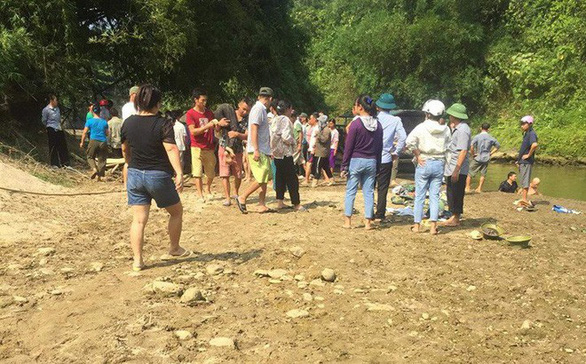 Four sixth-grade students from the northern Vietnamese province of Lao Cai drowned while bathing along a local stream on Saturday afternoon.

The victims were among a group of five girls and one boy who headed to a stream in Quang Kim Commune, Bat Xat District at around 2:00 pm that day, Tran Van Ngoc, chairman of the commune’s administration, confirmed.

The girls were all 12 years old, who studied in the same class at Quang Kim Middle School, while the boy is 10 years old.

As they were having a swim in the stream, one girl showed signs of exhaustion, before her three classmates attempted to help.

The effort ended in tragedy as the four girls eventually drowned.

Local residents were able to find their bodies at around 2:45 pm the same day.

According to Chairman Ngoc, the section of the stream was about 2.5 to three meters deep, while some spots are up to five meters deep.

The part of the stream is being used by a local business, the official continued.

“All of the victims were good students. Their school year just ended on Friday,” he added.

Local authorities have provided financial support worth VND5 million (US$215) for each of the victims’ families.