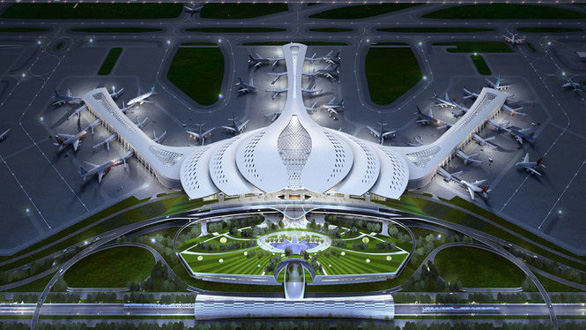 A commune in Dong Nai Province, located in southern Vietnam, will be administratively dissolved from June as the country clears land for a megaproject to build Long Thanh International Airport.

The 6,700 residents of Suoi Trau Commune in Long Thanh District will be resettled in neighboring communes in the same district. After this relocation, the Suoi Trau Commune will administratively cease to exist.

“In just a few more days, the name Suoi Trau will be a thing of the past,” said Doan Van Dung, a local resident, adding he was happy to give up his family’s land for the project.

“The sooner the airport gets built, the better,” he said.

Suoi Trau Commune is one of the last areas left within the scope of the Long Thanh airport project, where site clearance has been delayed for nearly a decade.

“We already have officials at work to respond to residents’ requests for corrections to their personal papers once the dissolution takes effect,” said Suoi Trau chairman Nguyen Van Hiep.

Located some 40 kilometers from Ho Chi Minh City, Long Thanh is expected to alleviate the passenger load at the crowded Tan Son Nhat International Airport upon its completion.

The plan to build the airport was ratified by Vietnam’s lawmaking National Assembly in 2015, with a projected cost of US$15 billion.

The airport features a concept design that draws inspiration from the lotus flower.

“Most residents are aware that Long Thanh is a project of national importance so they have been supportive of the resettlement,” said Vo Tan Duc, chairman of Long Thanh District.

“What they expect from the government are adequate compensation for the land acquisition and better living standards at their future homes,” Duc said.