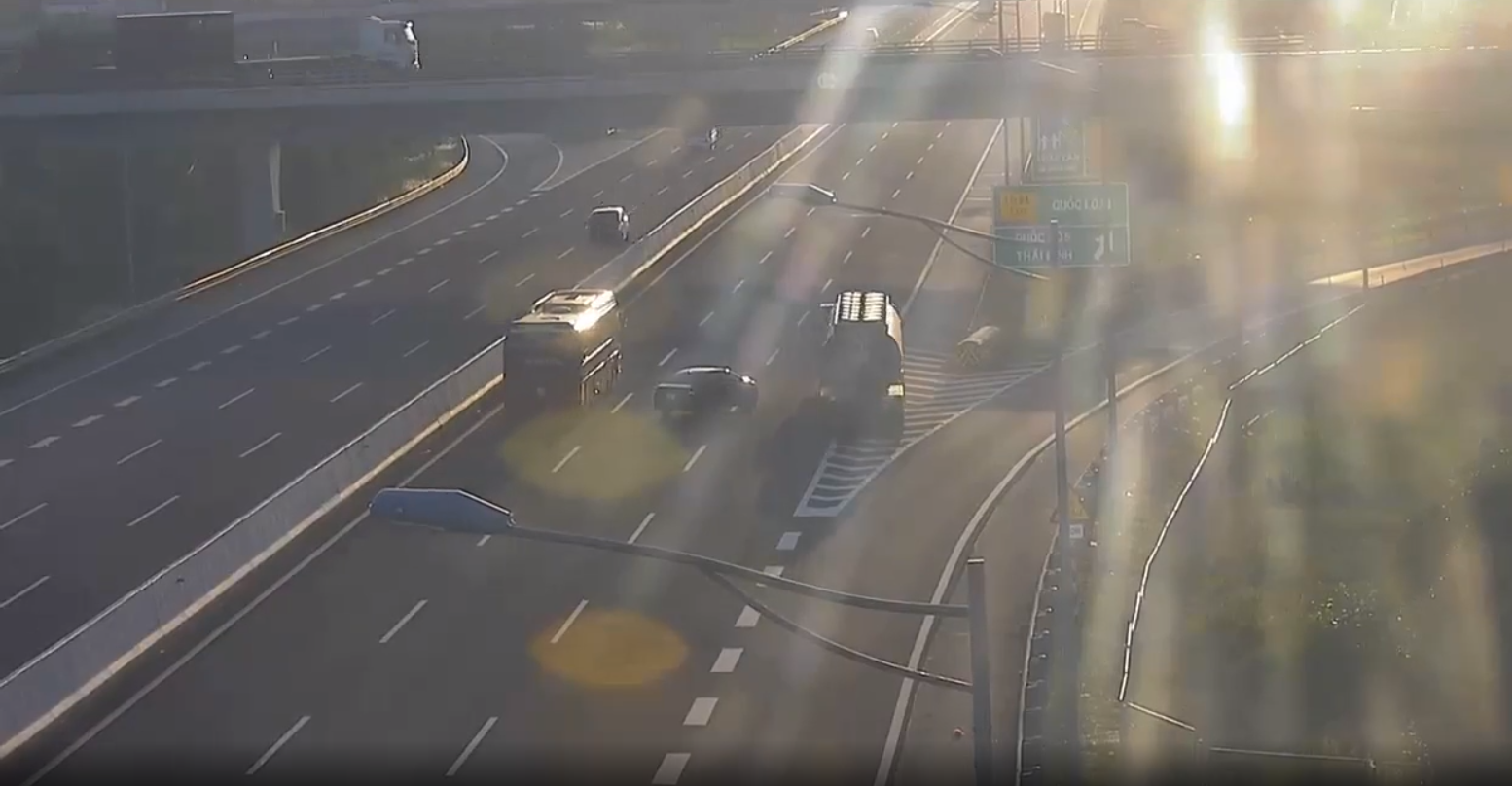 CCTV has once again caught an automobile driving in reverse in the middle of an expressway in northern Vietnam.

The vehicle was almost hit by a fuel truck, which could have resulted in a horrific accident.

The incident happened along the expressway connecting Hanoi and northern Hai Phong City at around 6:00 pm on Friday, the operator of the infrastructure confirmed to Tuoi Tre (Youth) newspaper on Saturday.

The over-one-minute-long footage showed that the car, bearing the number plate 18A-15073, was backing up in the middle lane in order to reach the exit of the expressway.

Another automobile managed to avoid the reversing vehicle thanks to the quick reaction of the driver.

As the car was about to turn right to exit the route, it was nearly hit by a fuel truck coming from behind.

Following the near miss, the car departed the expressway and headed toward National Highway 10.

The video has been submitted to authorities for identification of the driver.

In early November 2018, a trailer truck was caught on CCTV making an illegal U-turn and driving in the wrong direction on the same section of the Hanoi-Hai Phong expressway.

A traffic police unit under the Ministry of Public Security later slapped the driver with a VND7 million (US$300) fine and revoked his license for five months.

The driver, hailing from a central province, said he was not familiar with the expressway so he missed the exit to National Highway 10.