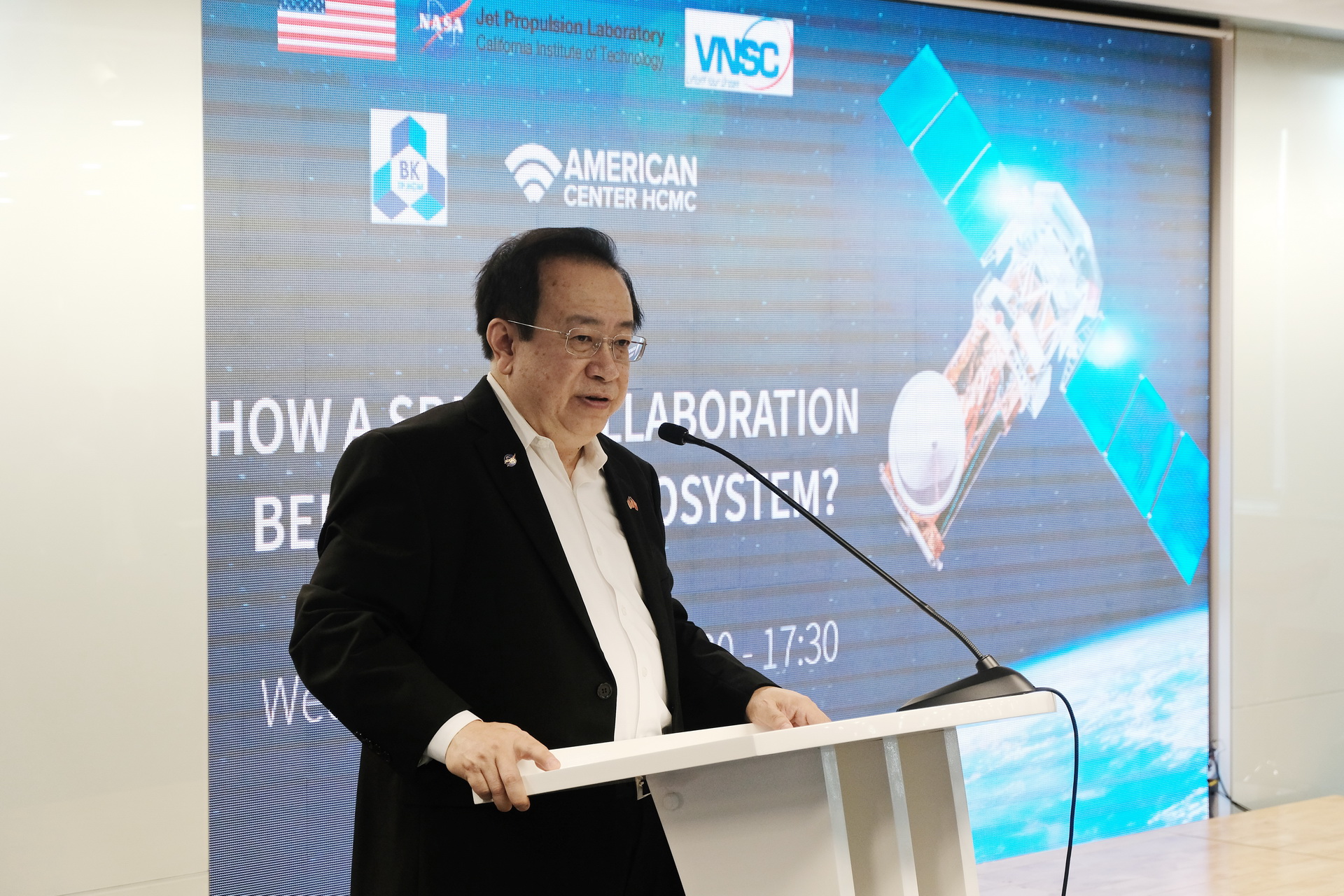 Concrete collaboration with the world’s national space agencies in the collection and use of data from satellite observations could improve Vietnam’s ability to respond to environmental changes, a NASA scientist explained at a workshop in Ho Chi Minh City on Wednesday.

The workshop was jointly held by NASA, the Ho Chi Minh City University of Technology, the Vietnam National Space Center (VNSC), and an international team of space scientists.

In January, Vietnam successfully launched the MicroDragon – a home-built observation satellite – into orbit from the Uchinoura Space Center in Kagoshima Prefecture, Japan.

A smaller version of the satellite, the PicoDragon, was put into space by VNSC in November 2013.

“[These satellites] will be used to observe the Earth, warn of natural disasters and calamities, and help tackle climate change,” said VNSC vice-director Dr. Vu Anh Tuan at the launch of MicroDragon.

MicroDragon is tasked with observing coastal areas to assess water quality, locate fishery resources, and monitor changes in coastal waters to serve Vietnam’s aquaculture, according to the VNSC.

Vietnam has plans to send its next Earth observation satellite, the LOTUSat-1, into orbit sometime in the second half of 2019.

The US$301 million satellite system is equipped with a synthetic aperture radar (SAR) imager that will provide Vietnam with high-resolution images of the entire country as well as its territorial seas, regardless of the weather.

The first two are communications satellites, while the third is an electro-optical Earth observation satellite. All three were launched from Japan.

While Vietnam has made great progress in space technology over the past decade, “concrete collaboration” with space agencies of other countries is crucial to optimizing the use of these satellites, Dr. Son said.

“If a storm was to hit California, for example, a Vietnamese satellite in orbit might be travelling over the area at the time while a U.S. satellite wasn’t,” Son said on Wednesday.

Another day-long event was held at the Ho Chi Minh City University of Technology on Thursday, where Son and other international space scientists made a presentation on urbanization, land subsidence, and other environmental issues plaguing Vietnam that could be tackled with help from satellite and remote-sensing data.

Founded 60 years ago, the National Aeronautics and Space Administration (NASA) is an independent agency of the U.S. government responsible for the civilian space program and space research.

NASA has been working with the VNSC since 2016 under the Global Learning and Observations to Benefit the Environment (GLOBE) Program to promote the teaching and learning of science, enhance environmental literacy and stewardship, and encourage scientific discovery.